The 3 Second Rule Was Made to Be Broken 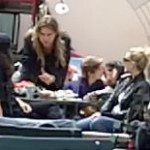 As many of us have done at the beginning of our pickup artist careers, reading “The Game” packed us with so much information about what to do and, more specifically, what not to do, that we end up becoming a slave to the very ‘rules’ that are supposed to help us.

One of the first things that we all learned from the book itself is something called The Three (3) Second Rule. One of the most misinterpreted suggestions to better your game, The 3 Second Rule is something of a enigma that I’d like to help explain so that you can use it to your advantage, rather than be limited by it.

However, there are a few things that you must understand about ‘rules’, in general.

First thing’s first: Rules are meant to be broken.

Every professional PUA will forever be trying to simplify the act of interaction for his students by giving you constants to make things a little simpler. It’s sort of like when you’re learning to ride a bike and they tell you to keep your elbows slightly bent and your back straight at all times; in reality, when you’re trying to do a wheelie or some crazy BMX flip, those ‘rules’ may be completely inapplicable, but they are still important when learning the basics.

However, it is still incredibly important for us to learn the purpose of these rules so that we can understand when they aren’t necessarily the best option. You’ve got to learn the rules before you can break them.

Now that we understand that this is a simplified suggestion to help you deal with a particular situation or situations, let’s get to the actual meat and potatoes.

What Is the Three (3) Second Rule?

The 3 Second Rule is the rule that states that you must approach a woman within three seconds of seeing her (be it with an indirect or direct opener). It’s mainly applied to Approach Anxiety situations but, as you’ll discover, there are many reasons why this rule is so commonplace and powerful.

As with most ‘rules’ in pickup, this is both very powerful if used correctly and very powerful when used INCORRECTLY, in a completely different way. We’ll discuss that in the future.

What Is the 3 Second Rule’s Purpose?

The purposes of The 3 Second Rule are as follows;

1) It stops you from freaking yourself out:

Whenever we approach, anxiety kicks in in different ways, in most cases it has to do with either nerves or limiting beliefs. Of course it could be said that one is a product of the other, but we’ll just skip that microanalysis and roll with this discussion.

First, nerves (for our purposes) are going to cause us to physically freak out. This is stuff like shaking, freezing, sometimes even crying. These are really obvious results of fear and are usually the first we have to overcome before getting anywhere in pickup.

The second, limiting beliefs, are WAY trickier. These are the things that pop into our heads and talk us out of approaching her. Thoughts like “She probably has a boyfriend” or “I need to get another drink first”. That stuff is the WORST and can often affect your pickup without you even knowing it.

So, how does the three second rule help with these? Very simply, it doesn’t give us TIME to freak out.

If we’ve gone over to talk to the girl of our dreams in the first three seconds from the time we’ve seen her, our bodies literally do not have the time to register that we’re scared and act on it. This is EXTREMELY useful and one of the best reasons to adhere to The 3 Second Rule.

2) It stops you from freaking HER out:

We all know about vulturing and we all know about staring. We also know that most of us are guilty of it ALL THE TIME. When a nervous AFC (Average Frustrated Chump) doesn’t follow the 3 Second Rule, this is what happens:

What’s happening with her:

The 3 Second Rule stops us from overthinking and, therefore, creeping her out. Remember, she doesn’t know you’re a great, confident guy until you talk to her.

So, when you spend 45 seconds leering at her, she thinks that not only are you a creep, but you’re a creep that’s too chicken to come talk to her and, therefore, you’re out of the game before you’ve even played.

How Do We Know When to Break the 3 Second Rule?

As I said before, The 3 Second Rule is designed to keep beginners away from those two pitfalls. As you become more advanced, your abilities to adapt in these situations change.

For instance; I am hyperaware of the ability to affect my game that limiting beliefs have, therefore, they very rarely affect my approaches anymore. This means that I don’t necessarily have to approach right away in order to dispel them.

In a similar vein, I understand the nuances of nonverbal communication, so the risk of me “creeping out a girl” is very unlikely.

Having both of these risks eliminated, now I have more time to approach and to formulate a plan, if that’s what I need, without the 3 Second Rule as a crutch. It allows me to pursue the interaction at my own speed which will make me much more comfortable and, in turn, more confident while best planning my course of action.

A lot of ‘rules’ in the community are really useful but, when used incorrectly, can really get you into a big mess if you don’t understand the purpose of it, like the 3 Second Rule. Be sure to understand why someone is recommending a course of action and to experiment with it before deciding if it is right or wrong.

Last but not least, remember that rules are meant to be broken.

But if you don’t know what the “unspoken” rules of the mating game are, then think about taking a bootcamp that’ll explain all the things that your father and big brother never did.