How Do You Know if You’re Weird or Creepy? 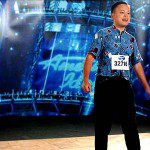 First off, congratulations, if you took the time to read this article, you are probably not weird or creepy.

It is usually the guys with delusional confidence that don’t realize they are.

You might actually have the opposite problem when you hold yourself back and don’t push as hard as you could because you are afraid of creeping out the girl.

A lot of Asian guys have this problem of being the Asian Creeper, where our parents and our culture taught us not to impose ourselves and not to be touchy, forward or alpha unless she’s SUPER obvious about her intentions and makes the move on us.

What happens often is because we hold so much back, guys especially older Asian guys have so much pent up sexual frustration that when they do anything with a girl it shows and it comes off as both weird and creepy.

Here is the test to find out if you are weird and creepy:

1. Do you have two close female friends that you hang out with on a regular basis? (Rules: They themselves have to be normal, decently attractive girls)

If you don’t have even home girls, you have a problem. It is normal to have female friends, even if they are annoying at times or whatever.

It is a non-negotiable social obligation to have friends of the opposite sex.

It’s like this, would you trust bringing your car to a mechanic that takes the bus to work and doesn’t have any other cars in the shop? Or better yet, would you trust a bank with your money if you were their one and only client?

Solution to #1: If you do not have two close female friends, simply go out and game girls into the friend zone until you do. It’s best during during the day, but can also work at night.

Do your approach as normal, buying temperature, comfort, compliance, connection, just when it is time to go into the “D” phase, tell them that you think they are cool and want to be friends. Then invite them to AFC type hangouts that are clearly not dates, such as dinner with you and a group of friends.

“Hey my friends and I like to try a new restaurant we find on yelp every Tuesday, if we are going to be friends, I want you to meet the rest of my friends, they are really cool and I think you would get along with them well.“

This is a big problem that leads to guys being creepy, is their fucked up idea of instant gratification. If I told you to right now, stop reading and as quickly as possible go find some jack off material online, how long would it take? Under a few minutes I’m sure.

Now how long would it take if I told you right now, to stop reading and go out and pick up a hot girl and have crazy one night stand monkey sex with her? At the best it’ll still take a few hours, and more than likely it would take a few days or even a couple weeks.

Now what jacking off or, worse, fantasizing about girls you’ve seen in real life but didn’t even kiss, ie. have no sexual interest in you, does is it makes you a pervert, which leads to being weird and creepy.

You did not earn it, and am messing yourself up by rewarding yourself with instant gratification for doing nothing.

(happens to other guys too, but it’s a big problem with Asian dudes)

First, do those two things, then realize, maybe you have the exact problem and maybe you aren’t weird or creepy but am so afraid of coming across that way that you don’t push yourself far enough or hard enough in sets.

For me I kino the shit out of girls and touch them more than you could believe unless you saw me demo during a bootcamp. But I never come off as weird or creepy because I do it correctly and have good intentions behind it.

Going for the kiss is another thing, there is a fine line between being a creeper and trying to kiss a girl who doesn’t want to kiss you, and being a bitch and not going for the kiss when a girl wants you to man up and go for it.

Solutions to the Asian Creeper Dilemma:

1. Stop practicing on Asian girls, because Asian girls are socially inexperienced as well. Just like Asian guys they grew up with the same stupid limiting beliefs and fucked up cultural taboos on sex and meeting strangers. If you want to get a better idea of what normal kino and sexual escalation is and how fast it is supposed to go, then practice on white girls, Latinas, or even black girls.

2. Push yourself and kino early, often, and escalate throughout the interaction to see where you are with the girl. You will never get anywhere if you hold yourself back.

3. Get outside help if you are problems approaching and kissing white (black or latina) girls, or you don’t push yourself hard enough during sets because you are afraid you are not calibrated enough to know if you are doing it right. Or if you just feel that you are holding back and don’t really know what to do.

Then the simplest way is to take a bootcamp and have me show you what to do and have you do it correctly. There is no point of letting another month, 3 months or worse, an entire year go by without any better results in your sex life.

If you do not have a hot girlfriend that you are proud of, or you are not kissing girls on a regular basis every time you go out, and especially if you’ve never even kissed a white girl before.

Then you need to sign up for a bootcamp.