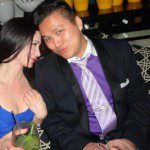 How do we, as men, know if a woman is interested in us?

In pick up artist parlance, one way (not the best, but most common) is by reading a woman’s “Indicators of Interest”or IOIs. To put it simply, an Indicator of Interest is some verbal or nonverbal display of her attraction to you. She’s sending you signals that she likes you, whether it’s her touching your arm or the beautiful girl telling you outright that she finds you attractive.

Unfortunately, too many guys, pick up artists or not, are making these 10 mistakes when it comes to IOIs.

After reading this article, I hope you’ve learned to not look for signals or, worse, waiting for her to make the first move.

As a man and aspiring PUA, it is up to YOU to take charge and push through. So, next time, instead of searching for hints and missing your opportunity, just GO for it. As the great Wayne Gretzky said:

If you still need convincing about the success rate of this approach, try one of the many ABCs of Attraction bootcamps available in all major cities.