“The Game: Penetrating the Secret Society of Pickup Artists” Review 2 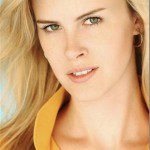 “Sexual choice is one of the only areas where women are indisputably in control. It’s not until they’ve made a choice, and submitted to it, that the relationship is inverted-and the man is generally back in a position of power.”
– Neil Strauss

In Part 1 of my review of Neil Strauss’ adventure in ‘The Game: Penetrating the Secret Society of Pickup Artists‘, I started reading the saga of Project Hollywood and these pickup artists, the so-called MPUAs, with incredible fascination and it sort of felt like I was Sigourney Weaver in Gorillas in the Mist except this was a secret seduction society closed off to women like me.

On an entirely separate note, I found the emotional ride that Neil Strauss takes on his journey throughout ‘The Game’ to becoming a pickup artist fascinating. Men are generalized as being unemotional and non-committal (ie creepy). I don’t know if it’s a pickup artist thing, but these guys wear tearing themselves and each other up! The narcissism, fights, and tears described in this book were a complete surprise.

The dynamics within Project Hollywood were interesting to say the least. Between the “out of touch with reality” master pickup artist Mystery (Erik von Markovik), his venusian artist rival Tyler Durden’s (Owen Cook) little Real Social Dynamics army, and the other visitors coming in and out at all hours, the clash of the egos within this shadowy seduction community must have been out of control.

I was a little surprised by some of the things Neil Strauss said about Ross Jefferies in ‘The Game.’ After hearing so many things about him most of the information in ‘The Game’ seems to contradict my initial impression of him. However, Neil Strauss did give him due credit as being a pivotal role in the development of pickup artists everywhere. Speed Seduction seems a little foreign to me maybe because I’ve never had the pleasure or perhaps displeasure of experiencing it. Anything that implies an escalated and unnaturally fast change of events leaves me a bit skeptical.

He also referred to himself as a seduction guru. Ross Jeffries was one of the firsts, he has earned the right to that title, but the word guru is not appealing to me. The idea of a man having a pickup artist guru is a bit creepy. Since I’ve been helping out with the ABCs of Attraction, I haven’t really considered Asian Playboy a guru.

JT doesn’t even consider himself a ‘pickup or seduction guru.’ I don’t think I’ve ever heard him say that or even call himself a MPUA. As he once remarked to me:

“If you have to call yourself a MPUA or guru, then you’re not. A MPUA or a guru.”

In my personal and female opinion, JT Tran is really a life or dating coach and an example for other men to follow.

To me the word guru implies something mystical and with the mystical comes an illusion or a trick. Following a guru would be like following a magician around. I feel like they would show you some tricks but only a few at a time and only if you pledge your allegiance to them. The community as a whole might benefit from shifting their thinking from worshiping a MPUA to allowing themselves to be taught by a life or dating coach.

As for the things I didn’t necessarily buy in to: the chapters on using hypnosis were disturbing and peculiar to me. Not being a firm believer in hypnosis, I couldn’t really understand all of the experiences Neil Strauss had learning and executing it. Then again, maybe it’s one of those things you have to see to believe since I’ve never (knowingly) experienced hypnosis.

I also laughed at his description of his bag of tricks and props that he would bring out in a manbag/purse to the bars and clubs. I don’t even carry that much stuff to the club. However, if the shoe fits, flaunt it!

This is in the same vein as peacocking, probably one of the most well known methods, the easiest to screw up, and the most difficult to master. Every girl can appreciate a well-dressed man. Not every girl can appreciate a ridiculous looking man. Even Neil Strauss admitted in ‘The Game’ that Mystery looked ridiculous most of the time when he was peacocking, but then again he’s Mystery and can get away with it.

I agreed with the idea of wearing one accessory or article of clothing that might be a bit over the top or that will catch the eye. A whole outfit of crazy is pushing you into the weird zone and I’ve seen too many real life examples of peacocking go wrong.

Neil Strauss also talked a lot about Negging in ‘The Game.’ This method has its time and place and should be used with caution. I understand its value and that it can be pivotal in breaking down certain types of girls. At times, I’ve even used negging myself when talking to guys.

I think the problem with negging is its ability to be overused or to come across as fake/forced. Maybe I notice it more than others, but there is nothing more frustrating than carrying on a perfectly legitimate conversation only to have the guy ‘neg’ me, which usually comes across as a misplaced insult. This method also has the ability to make you look like what Strauss would call a ‘PUA robot.’

And this is ultimately why I so much prefer the ABCs of Attraction’s way of teaching holistic pickup. By giving guys a solid foundation and not just isolated aspects of tactics, we turn boys into men without churning out pickup artist clones and robots.

In fact, that’s also why I ended up dating one of the ABCs of Attraction’s pickup artist instructors even though (or maybe because) I knew he was a PUA beforehand. Because he didn’t actually seem like a PUA Robot like other Seduction Community pickup artists in ‘The Game.’

The overall message that I found in ‘The Game’ is don’t take yourself seriously, find what works for you, and don’t try to be something you’re not. It’s one thing if you want to be the best version of you. It’s another thing entirely if you morph into a PUA robot copycat.