Is Neil Strauss Married or is Style Dead? 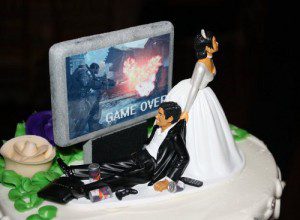 It’s every woman’s dream day and every man’s unequivocal nightmare. The months of tedious planning. The perfect white dress. Those flowers imported from Paris. The endless dance classes. The cake tasting. The thousands and thousands of dollars spent on just a few hours of your life. The sight of the woman you love most turning into a royal bitch of a bridezilla who is likely to snap on anyone nearby because she’s so obsessed with the perfection of HER BIG DAY.

I don’t consider myself to be the marrying type. Maybe one day in the future if and when I find that special someone, but it’s not in the cards for me right now. I also don’t begrudge any man or pickup artist who has found someone who makes him so happy that he chooses to retire from my favored lifestyle. Just recently, I officiated a former student’s wedding and it was an incredible experience. I even had to turn down another wedding invitation because I’ll be in London that weekend.

Whatever makes you happy is fine in my book.

That’s why I was thrilled when one of my former mentors, Neil Strauss, announced that he was finally getting married. Slightly shocked – he is, after all, one of the godfathers of the pickup lifestyle – but still happy for him.

And then I saw that he was throwing a funeral, complete with a tombstone, for his single life and alter-ego Style in lieu of a bachelor party. I laughed.

But IS Neil Strauss married?

What has followed in the weeks since this announcement is controversy after controversy. Make no mistake, people aren’t offended that Neil Strauss finally hanging up his Trojans and retiring from the pickup artist lifestyle to get married – at least not right now – because they’re far too busy raising a fuss over something much less complicated. 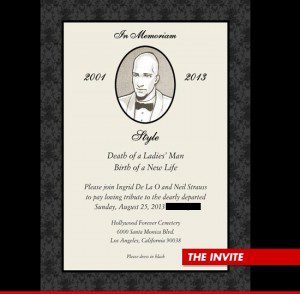 I didn’t understand at first, so I asked one of my lady friends to elaborate: “It’s not that I’m offended that Neil Strauss is married or anything. I’m happy for anyone who is able to find that kind of happiness in their lives. But I’m not sure that I as a woman would be okay with my relationship and marriage being associated with the death of my husband’s social life. Is Style dead? Does he feel like he won’t have a social life any more? It would make me feel like baggage.”

That makes a lot more sense.

Neil’s beautiful wife isn’t around for me to ask her opinion on the matter or to answer if Style is dead, but I strongly suspect that the whole thing was intended as nothing more than a publicity stunt and a joke for one of the greatest pickup artists in the world, and that he doesn’t actually consider her to be baggage that is murdering his social life. I suspect that Neil Strauss threw a Style funeral strictly BECAUSE there would otherwise have been a lot of unanswered questions about the fate of Style and everyone would have asked, “Is Style dead?” anyway.

I also suspect that his wife and every other woman out there would be grateful for a stripper-free bachelor party, but maybe that’s just me.

Still, the end of one of America’s greatest pickup artist legacies raises a huge question that’s not being asked in the shadow of the controversy over the Style “funeral” and the question of whether or not Style is dead: what happens to a pickup artist when the curtains fall, the diamonds come out, and the wedding bells ring?

For most of my students, that means retirement. I won’t go into the ethics of open relationships – you can read more about that here – but I want to ask one question: why is retirement from being a pickup artist and becoming a committed man such a strange thing? What makes marriage and pickup artists so apparently incompatible in some people’s eyes?

The answer is that it’s not, and any pickup artist who thinks it is probably won’t be asking girls to marry him in the first place. 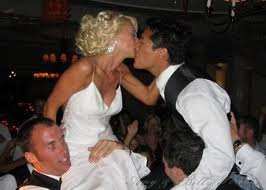 Marriage is simply another phase of pickup. Some of us will never reach that phase. Some of us will reach it earlier than others. For those pickup artists who choose to undertake one of the most laborious, long-lasting, and possibly rewarding phases of pickup, ever having learned pickup skills at all can mean the difference between a rewarding marriage and a miserable one.

To see what I mean, let’s look at the difference between Neil Strauss and Style. Before he began learning pickup tactics, Neil Strauss never knew how to interact with women in a meaningful way. He couldn’t read body language. He couldn’t understand the nuances of a woman’s tone of voice. He had no clue to the insight of a woman’s mind and the things she enjoyed – mentally and physically. When faced with something as simple as an everyday couples’ argument, the old Neil would have probably crumbled from not knowing what to say to his wife.

If the old Neil Strauss married his wife, I don’t know about you, but I would be placing my bets on divorce.

Compare the old Neil Strauss to Style. Style knows how to navigate a woman’s mind and body. Though his tactics were developed to appeal to women sexually, the skill of navigating a woman’s mind is not an invaluable one for simply maintaining a calm and productive direction during an argument. Fighting is one of the leading causes of divorce, and a man who has the skills to talk to women stands a much better chance of surviving a couples’ dispute.

I don’t think I even need to mention the marital benefits of the sex never getting old.

Sure, Neil Strauss is “retiring” his alter-ego, but that doesn’t mean he’s going to be retiring the skills he learned just because “he’s only banging one chick now.” Every time that Neil and his lovely new wife navigate one of the many bumps every marriage experiences because he chose to pursue a pickup artist education and make himself a better man, Style lives on. Every time he completely blows her mind in bed using skills he would have never known otherwise, Style lives on. There is not and should not be any debate surrounding “Is Neil Strauss married? Is Style dead?” His wife has found and married the man of her dreams, and I doubt that she’s complaining it was his pickup artist knowledge that made him that way. 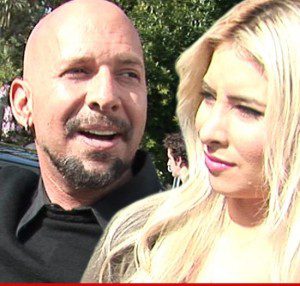 Is Style dead? Let’s take Style’s “funeral” for what it is at face value: a joke.

Now let’s concentrate on what’s really happening to Neil Strauss and Style: a man who used to be a complete zero who couldn’t have navigated a woman’s mind if his life depended on it saw his problem, decided to get help, and transformed himself into the kind of man worthy of his beautiful new wife. He found his partner and decided to commit himself fully to her.

And if she’s okay with him jokingly telling the world that Style is dead, I can’t imagine any of us having room to complain for her.

I have one hope for all of the media coverage over the announcement that Neil Strauss is married: that somewhere out there a confused guy will use Neil’s story as inspiration to stand up, take charge, and make the change he needs to see in his life by attending a pickup artist, dating, and seduction bootcamp.

Here’s a little secret: that’s what got me into the industry.