Long Term Relationships: Problems to Watch Out For 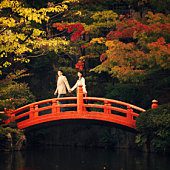 young couple walking in the park

A long term relationship isn’t usually on a beginning PUAs mind. You’re out to have a good time, to implement the A phase while meeting new people, expand your social circle and figure out relationship problems and dynamics. It’s common when guys first get into pick-up that they can easily feel overwhelmed with all of the knowledge that’s out there. It is common to struggle with the new information and paradigm-shifting revelations that they’re faced with. But there is something out there that is much bigger, heavier, and more frightening…

After putting in the hours acquiring knowledge and implementing it in-field, you come to the point where you feel utterly confident in dealing with women.

You feel comfortable in all types of social situations, talking to attractive and high-status women.

You’re able to reach the B phase and Be in the Moment; however, when you meet a girl who really grabs your attention and decide to initiate an LTR with her, it can feel like a giant rug has been swept out from under your feet… like you need to learn a whole new skill set all over again.

Although it may seem scary or outside of your comfort zone, DON’T let the fear of the unknown hold you back from a long term relationship; LTRs are, by far, the most rewarding aspect of picking up women. And, although there is certainly new territory to explore (and conquer), you will have the benefit of learning from my *numerous* mistakes and relationship problems.

Read on to find out what I did wrong so that YOU DON’T HAVE TO!

Don’t get too comfortable in the C phase… You’ve got to keep moving forward if you’re in a long term relationship.

Before getting good at picking up women, my LTRs with women were shit. The girls were not that attractive, didn’t have the lifestyle I desired, and lacked certain aspects of their personality that are important to me. 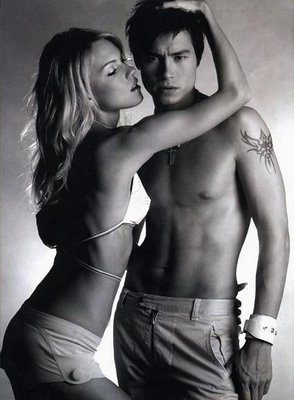 Not only were they not up to par, but I wasn’t even able to maintain my long term relationship correctly!

Once I got good at the art of seduction, half of my previous relationship problems with LTRs vanished, but half stayed EXACTLY THE SAME. What I found was that the quality of girls (in looks, personality, and other qualifications) was WAY higher than it ever had been before… But the problem that remained was that I had NO IDEA HOW TO KEEP THEM.

Please don’t fall into this trap. This can be a devastating and demoralizing cycle if you fall prey to it. However, keeping in mind the knowledge contained in this article, you should be able to easily avoid many of the common relationship problems that PUAs face in LTRs.

What to Watch Out For in a Long Term Relationship

There you have it! This arena of social dynamics can be scarier, simply because the investment levels are higher. You most likely will even have to go through multiple LTRs before you rectify all of your relationship problems.

Keep in mind that this list is by no means exhaustive; these are simply the mistakes that I see PUAs make the most. There are tons of other important facets of a long term relationship, such as honesty, spontaneity, and much more.

But if you’re still having trouble with mastering yourself and your dating skills, if you’re not ready for a steady LTR yet, then hit me up at one of my bootcamps and I will kick your ass into dating shape.