Angels descend, halos of bright white sunlight stream in through the stained-glass windows, and birds chirp their congratulations as an ancient, worn tome floats gently down from far above, coming to rest on the gnarled oak podium before you.

You open the first page and see the following article:

I thought this day would soon come. We have been waiting for you.

The birds were a nice touch, don’t you think?

Anyways, I’d hate to keep you waiting any longer. I think it’s time that you learn about the do’s and don’ts of open relationships.

If you made it past the security guards, the poison-dart traps, and that one needy chick who was really, REALLY trying to lock you down for herself, then I would say you’re definitely ready for this knowledge. 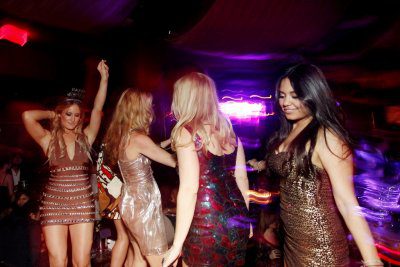 As well as some of the common pitfalls to avoid.

You’ve made it this far, brave countryman. Don’t stop your quest now.

There are certain types of guys that women are WILLING to share. These gentlemen are few and far between, but, with the right knowledge of their behavior and lifestyle, you can emulate their success.

While there may be more, I myself have noticed two distinct types of men that are able to have open relationships:

Lets see how we can use this to our advantage…

Seeing as these are the two most common types of men that successfully have multiple relationships on a consistent basis, the best solution for US is to EMULATE the traits that draw women to them, and that assuage the psyches of these women so that the don’t object to the man seeing other people.

For both, you need a CORE of having SOLID GAME, which you can get through taking an ABCs of Attraction Program.

However, for most of us, option 1 – the badass – will be a much more suitable choice.

However, we DON’T want to be assholes…

So, while retaining some semblance of decency and common courtesy, how can we make this work for ourselves?

Open relationships are definitely one of the most complicated relationship scenarios, especially when emotions are involved. However, if you have what it takes to handle it, they can be very fun, and actually very rewarding as well.