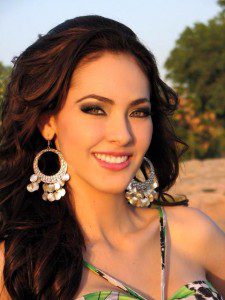 It’s happened to the best of us. We met a beautiful, sexy, funny, vivacious girl and we thought she was perfect. Our prayers to the dating gods were answered and we found who we thought was the perfect girl for us.

And then it happened. Relationship problems arose, she found somebody else, and we were left in the dust, wondering how to get our ex-girlfriend back. What went wrong?

First thing’s first… are you the same man you were when your ex-girlfriend met you? If she fell in love with a cut and toned guy only to end up with The Blob two years later, that’s a huge relationship problem and she’s not going to be pleased. While it is true that beauty is skin deep and there are plenty of girls out there hanging off the arm of men who definitely don’t fit the description of an Adonis, if you let yourself go then you’re only showing your ex-girlfriend that you don’t care enough to maintain yourself. Would YOU appreciate it if you had started dating a Victoria’s Secret angel only to end up with Starr Jones? I didn’t think so.

If you were never in shape in the first place, now is the time to start. Taking that initiative shows value, drive, and determination. You’re a boss who can take charge in your life rather than letting the Cheetos dominate you. No matter how many times a girl tells you that she can look past your physical appearance and love you for your sense of humor or whatever it was that attracted her to an out-of-shape guy in the first place, if you show your ex-girlfriend that you can hit that attraction on BOTH fronts, physical and mental, her heart will skip a beat when she realizes what she’s missing. 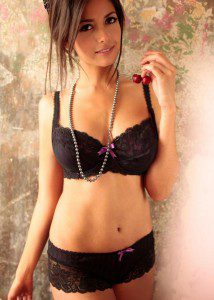 Let’s face it. No girl wants to feel like she’s dating a bum who lives in his mother’s basement or a homeless guy with a grocery cart. So why on earth would you go around dressed like that if you’re trying to get your ex-girlfriend back? If you’re a mechanic by trade or you have outdoorsy hobbies, obviously you’re going to have a set of clothes that’s torn, greasy, dirty, and otherwise socially unacceptable. It’s easy to slip into the habit of, “Well, it’s in my closet so I might as well wear it.” DO NOT let your ex-girlfriend catch you out in the streets looking like a hobo! Dress to impress. Obviously a whole new wardrobe could be cost-prohibitive for some of us, but at the very least make sure that what you’re wearing is clean and well-fitting (no saggy pants, guys). Shops like H&M are on the more affordable side of things with nice button-ups, vests (every man looks good in a vest), and dark-wash jeans. Never underestimate the power of wearing a vest, guys, even with casual wear. You DON’T have to run out in a Brooks Brothers suit to impress your ex-girlfriend. You DO have to stop dressing like bums and little boys. Let her see that you can take pride in your appearance and she’ll start to question why she didn’t take pride in you.

When you go out and have fun, your ex-girlfriend needs to be aware of it, but you can’t push it in her face. While we may not have the power of the paparazzi, you have the mighty power of Facebook or Twitter at your fingertips. Assuming she’s on your friend-list, post fun status updates. Don’t mention how pathetically sad you are (although it’s okay to mention that you are a little bit sad and that your relationship problems and breakup did affect you); you don’t want to be a depressing ass or suffocating because no one likes that combination. So, in your fun-filled status updates, post pictures of you enjoying yourself. Night-life pictures are an integral part of this, because they’ll show the serious sex appeal you have. Moreover, you want to be in the accompaniment of your normal friends but introducing new, other women into the picture. Women equal if not BETTER than your ex-girlfriend. Let your ex-girlfriend see that other women want you and they are chasing you. 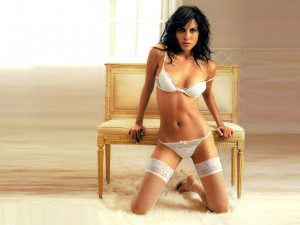 Now, this one goes hand-in-hand with the previous tip. One thing that will definitely get your ex-girlfriend re-thinking you is a house party. Don’t stop at the usual guests, however – invite as many ladies as humanly possible (you do know how to talk to girls, right?). Get them in there, get them entertained, and get them to talk to you. This goes back to social-proofing, where a man is considered more attractive when a lot of women want him. Again, take caution, as you do not want to go into the D-Phase here. Being friendly and flirting with other women is OK, but nothing more than that. It will go horribly awry if your ex-girlfriend catches you making out with another girl. If I need to explain why, perhaps there’s a good reason your lady broke up with you.

Keep the avenues of communication open to your ex-girlfriend, but do not be as available as you once were. After all, she broke up with you and after you pieced yourself back together again – a life potentially even better without your ex-girlfriend. So, on occasion, show up for a coffee date, but until she puts the moves on you, don’t be too aggressive. The first sign your ex-girlfriend wants to jump back in bed with you, don’t do it. That’ll just tell her you’re still hung up on her, something you desperately need to avoid if you want to avoid a whole new set of relationship problems. You need to recreate the idea of this being something new – the first time around she had to chase you, ie that puppy love feeling. Making your ex-girlfriend not only work for it again but WANT to work for it again will keep her around, but only if you act as cool and collected as you did the first time.

Sometimes you just need to cut your losses and realize when it’s better to ignore the dating advice and move on, but sometimes breakups are a mistake and you feel the urge to fight through your relationship problems, fight for what you once had, and figure out how to get your ex-girlfriend back. That’s okay, and you should do everything you can to keep from losing the perfect girl forever. Turn yourself into a man that your ex-girlfriend simply can’t resist and show her what kind of man she lost–if you’re worth it, she’ll be back.

If you tried everything and made yourself into the best man you could possibly be but your ex-girlfriend still didn’t see that in you, then move on. She and her relationship problems are not worth your time. You’re too good to pass up and some day soon a better woman will be along who can appreciate the man you are.

If you want to expedite the process and just can’t figure out why you managed to attract a girl who wasn’t worth your time, then try the dating advice at one of our bootcamps and I’ll kick your ass into dating shape.