Oh No! You’re dating a cheater!  She’s cheating on you!

There must be thousands of questions spiraling through your mind… Why do women cheat? Does she really love me? What did I do wrong? Is there anything I could have done to prevent it? Why on EARTH did she cheat on me with ADELE?!?!?! (At least, these are the questions that I typically find myself asking… is that weird?)

Some people may lash out in anger, blaming their cheating partner for everything, while others may recoil and turn their anger inwards on themselves. Some may become emotionally numb toward the cheater, and some may, frankly, not give a shit.

So how common is cheating?

Furthermore, 68% of women in marriages (not dating, but MARRIED women) say that they WOULD HAVE AN AFFAIR if they KNEW that they could get away with it. And, when cheated on, men found out about it LESS than 50% of the time.

So what did you do wrong? Or is SHE the only one to blame?

Well first, lets rewind a bit to figure out WHY do women cheat, and to see what you could have done to decrease the chances of your significant other cheating on you.

Why Do Women Cheat?

Women cheat for the exact same reasons that men do. This includes: 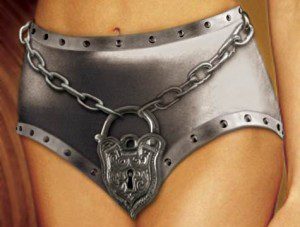 What Can You Do To Prevent This?

Cheating (generally speaking) isn’t an “out of the blue” occurrence. There are usually things that you can to do prevent, or at least minimize the likelihood of, cheating.

However, while it is a risk that you can certainly minimize, it is important to understand that sometimes, GIRLS JUST CHEAT.

Preventing cheating isn’t FULLY YOUR DUTY. It is part of her duty, too. It’s true that sometimes girls cheat because you did something wrong (or failed to do something right). But rest assured, if you follow the following steps on minimizing the likelihood of cheating, and she STILL sleeps with another guy, then she’s just a slut, and it ain’t your fault…

…They aren’t ALL diamonds in the rough.

So, lets just focus on what YOU can do, and not obsess over her end of the bargain.

Minimizing the risk of cheating falls into two categories: The Pregame and The Upkeep

This is one of the MOST IMPORTANT ASPECTS of minimizing the risk of cheating. If you fail at this part, it is YOUR FAULT and YOUR FAULT ALONE.

This takes place from meeting her all the way up to initiating exclusivity.

As you can see, a proper pregame can help you pick the right girl, as well as set the right precedents with her from early on.

Although solid pregame will make your life a lot easier, you need MORE than just that to ensure that you’ve done all you can to minimize the risk of cheating.

This portion takes place after the monogamous relationship begins. It starts as soon as exclusivity is initiated, and ends right when cheating occurs, if it comes to that.

The upkeep is all about making her want to be with you and only you. Because, no matter how perfect or morally sound a woman is, she will only stay with someone who CONTINUES to satisfy her needs.

Women, especially HOT women (read: the women you should be dating) have the opportunity to have sex with high-status men several times a day. You have a lot to compete with, but it’s actually easy if you just follow these steps:

It’s really simple. It’s actually pretty damn easy. You laid the groundwork in the pregame, and you continued providing everything that you’re required to in the upkeep.

However, sometimes it slips past this, and she’ll end up CHEATING.

So what do you do then? 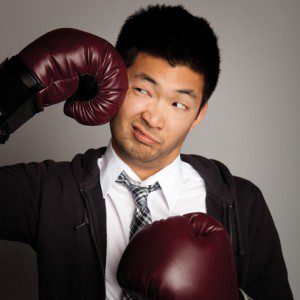 Once someone cheats on you, you’ve got some decisions to make. Hopefully, it never comes to this. However, in case it does, it is your duty as a man to learn how to handle it, LIKE A MAN.

She cheated on you. Which means that you’re no longer monogamous, and let’s face it, you probably WON’T be again. So let’s get over that dream 🙂

This is like the damage-control of relationships. What do you do? Dealing with a cheater can be especially difficult if you love them so much that it is hard to keep firm boundaries. But firm boundaries are what make you such a badass. So here’s what you need to do:

Now that you know all of this, I DARE some lame-ass girl to cheat on you. I effing DARE them.

Have fun, boys, and remember: Women are amazing, wonderful, intelligent, and LOYAL creatures. Please always expect the best in them. NO women are out to break your heart, and those that ARE have severe psychological and emotional problems.