How to Be Cool and Make Everyone Enjoy Being Around You

By JT Tran
Have you ever met someone and after you met them you thought to yourself, “Wow this guy is really cool?” Sure you have. These are the guys that seem to know somebody wherever they go and each person they DO meet really values their presence. Cool guys make people WANT to be around them. People enjoy them. People flock to their presence. Their attitude, their energy, their presence gives everyone a benefit. They know how to be cool. They know how to be awesome. So what is it about these guys that separates them from the uncool guys? Quite a bit.
I’ve met my share of uncool guys in my own journey learning how to be cool. In fact, not only were they uncool but they made me want to slap them in the face for being so moronic. So what I’m going to do for you is highlight the differences between the attributes of cool guys and the attributes of an uncool guy so you can learn how to be awesome yourself. If you have more in common with the uncool guy, then maybe you may want to take some time for deep introspection and fix your social deficiencies before you can join the ranks of cool guys.
Here are five ways cool guys excel at being awesome and how you can do the same: 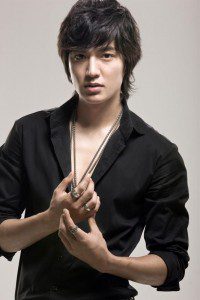 1. Cool guys groom well. Uncool guys stink (literally). I don’t know any cool guys with horrible body odor. Cool guys understand the importance of grooming and how this transfers to their social lives. They know it’s a social rule to be clean and presentable. Cool guys smell good not so much for their own benefit, but because they know that others will have a more pleasant experience than if they hadn’t showered. Uncool guys don’t have any consideration for those around them and will ignore their grooming because they don’t see it as a priority. They often look dirty or grungy (which can make others uncomfortable), and something so simple as cleaning yourself up speaks a lot about one’s character. Looking like a hobo is not how to be awesome. Also keep in mind that first impressions really do mean a lot AND that scent is one of the senses most strongly tied to memory; do you want a girl to remember you smelling like a locker room? How to be cool: Shower and wear deodorant so that other people are not offended by your presence.

2. Cool guys are self-aware. Uncool guys try way too hard to be cool. Cool guys know who they are and are aware of how they are perceived. By this, I mean that cool guys know what they have going for them and what they don’t have going for them. This shows everyone else that they know they’re cool, but they have some imperfections like everybody else. Essentially, they’re really comfortable with themselves and it’s obvious. Cool guys also don’t seem to judge because they’ve already made it known that they’re aware of their own faults; there’s no need to negatively make others’ faults known. Uncool guys brag a lot and can be condescending at times. This roots from a deep insecurity that they have about themselves in which they have to put on a front to gain other people’s approval. If you have to fake it or put on a front, you have no idea how to be awesome. Additionally, they do this to feed their own delusional beliefs that they really are cool. They talk a lot of trash and can be overly-sensitive to anything that attacks their ego. Essentially, the uncool guy is a poser. How to be cool: treat your peers like human beings and don’t be a douche. 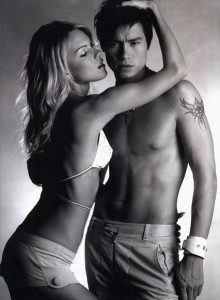 3. Cool guys have female friends. Uncool guys hate women. Cool guys seem to know a lot of women. In general, cool guys have a lot of friends to begin with but they specifically have a lot of female friends. Cool guys are making friends both male and female, but essentially their personality draws everybody in. The cool guys know how to be awesome because they don’t live inside a narrow box. Uncool guys seem to want to bitch about women as a way of lashing out for their own deficiencies. You’ll see these guys complaining about how women are one way or another when their own self-esteem issues are unresolved. For this reason, they don’t have any women in their lives (at least for an extended period of time). Think of it as a massive case of sour grapes. “I can’t have these women and they don’t want me, so FUCK women!” How to be cool: don’t limit your circle of friends to a boring sausage party. (This has an added side benefit in that knowing many women gives you a greater understanding of how to behave around them when you find yourself in possession of a girlfriend.)

4. Cool guys are authentic. Uncool guys are only nice when they want something. Cool guys are authentic and friendly. They’re social and unashamed of how they’re perceived. Cool guys make every person they come in contact with feel really good to be around them because they are genuinely glad to see them. If you want to know how to be awesome, you have to understand and consider those around you. In fact, cool guys are just generally glad to see their friends and acquaintances. They seem to make new friends everywhere because they’re truly interested in the people that they meet. It’s also important to note that cool guys are pretty good at remembering others. Uncool guys can sometimes pretend they’re friendly, but more often than not they seem to suck all the energy out of any interaction with others. The reason for this is because they have a very self-centered mentality that screams, “ME! ME! ME! GIVE ME!” and this is easy to spot by most everyone. While it’s not uncommon for people to ask for favors from time to time, these guys do it all the time. They don’t even make an attempt to get to know you, they just go straight into asking for whatever it is that’s on their mind. This can range from advice, some cash, a ride to some place, etc. How to be cool: don’t be two-faced or selfish. 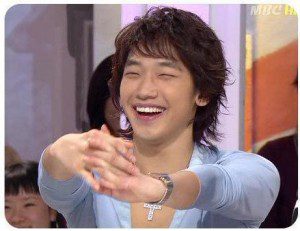 5. Cool guys are great conversationalists. Uncool guys talk about nothing of value. No matter what the topic is, cool guys seem to make every conversation interesting. Even if they don’t know about the topic, cool guys can still engage in a worthwhile interaction. They’re also very socially calibrated so they know how to lead a conversation in any setting whether it’s one on one or a group. Uncool guys usually talk about something that’s neither interesting nor valuable. If you can’t open your mouth without spewing word vomit nobody wants to hear, then you don’t know how to be awesome, do you? Often times they’re socially uncalibrated or have developed bad conversational habits, which can make conversation with this person a painful experience. This can be in the form of complaining too much about something or someone, one-word answers, bragging at every opportunity, or topics that have negative connotations associated with them. How to be cool: be energetic, funny, and most of all, interesting.

Those were just a few attributes for the cool guys and uncool guys. Make some of these adjustments to your mentality and you’re on your way to joining the ranks of the cool guys everyone enjoys being around. Remember, being cool isn’t about being better than everyone else; that’s what being a douchebag is all about. Being cool is about being the kind of person others enjoy the company of. Would you enjoy the company of the cast of Jersey Shore? I didn’t think so, because that’s not what cool is about.
Being awesomely cool is only the first step to becoming a total badass and rocking the world. If you’re still having trouble putting the pieces together and turning yourself into a complete BOSS, check out an ABCs of Attraction bootcamp and we’ll kick your ass into dating shape.

Where to Pick Up Girls in: Detroit, Michigan!