How to Become Popular

So… You want to know how to become popular, eh? You want people, men and women alike, to be drawn to your charisma and charm. You want people to invite you to cool events, tag you in pictures, and look up to you… and women to go to bed with you.  But how do you achieve this?

Becoming popular is easier said than done, and, while the art of being popular is broader than “Game” itself, these two skill sets heavily intermingle. If you can learn game, you can learn to be popular in general. Take my supple yet firm hand and allow me to guide you down the path of popularity so that you can become one of the “cool kids”! 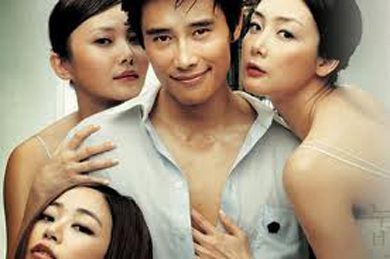 The Psychology Of “Popular”

Think about “pop” music or “pop” culture. These are defined by a small but influential group of people who decide that the certain music or media is “cool”. Once it reaches critical mass (which is 3% of market penetration, according to Malcolm Gladwell, author of “The Tipping Point”), it starts to spread like wildfire.

Another way of saying this is that popularity is all about an initial good idea that is given the good grace of the band wagon effect. It is just mob psychology, manipulated to your advantage.

This is why, in high school, if you were popular, you were good to go for the remainder of your high school career. However, if you weren’t popular, you were pretty much destined to stay that way. That is, unless one of the popular (AKA, influential) kids decided that you were cool, which exposed you to at least 3% of the kids in your group that ALSO decided that you were cool. If that was the lucky case, then TADAA! You probably became popular.

Read on to figure out how to become popular like this lucky fellow today!

Qualities Of The Popular

The most important thing about being popular is possessing the character traits that popular people have. Because exposure to the 3% means nothing if they won’t like what you’re giving them. These character traits aren’t really things that you can fake; they have to become a part of who you are. While this list is by no means exhaustive, it will definitely help you start on your path to becoming Mr. Popular.

As you can see, being cool is based on a strong, confident, and fun-loving personal foundation. However, it takes more than just a good personality to become popular…

Market penetration is the term used in sales and branding to describe the percentage of the populace that is aware of a certain product or service. In terms of being cool, it is your exposure to people in a certain social setting.

If you’re in a club and can get 3% of the people there to think that you’re the shit, then you’re good to go. Likewise, if you can get 3% of the people in your social circle to think that you’re a really cool guy, the rest will follow. “Market Penetration”, as it applies to us, is all about exposing your genuine self to the most people possible so that you have the greatest chance  of becoming popular.

In conclusion, popularity is merely an idea. While it does require a solid and genuine foundation, it is facilitated by mob psychology which is – lets face it – generally pretty retarded. The keys to success in the area are to develop yourself as a person, expose yourself to as many people as possible in as genuine a way as possible, and detach yourself from the outcome, because in the end, it’s really not that important.

Just remember: Use this knowledge to your advantage, but never let the knowledge use you.

Dating Burnout And The Struggle Of Finding A Girlfriend