What Women Think of Asian Stereotypes: Drones, Predators, and K-pop (2 of 4)

Visualize a tough guy for a moment. He’s muscular, edgy, always got a plan and rebellious in all the right ways, with or without a cause. He knows exactly what to say, when to say it and doesn’t play by anyone’s rules except his own. He saves a damsel in distress in the nick of time and always has a witty one-liner when doing so. Now, what race is this tough guy? Think hard, and keep those Asian stereotypes in mind. In her mind, he’s most likely white (although there are plenty of African-American archetypes like this, Caucasians are usually the first to come to mind). Sadly enough, he’s rarely Asian… even if an Asian guy does fit the above description. So, while she’s busy picturing Arnold Schwarzenegger or Sylvester Stallone, she’s not even wasting a moment on the Asian man, whom she depicts as more or less a beta male. In her mind, all Asian guys are the same; they’re all packaged into some cookie-cutter mold of a second-class kind of guy. In other words, they’re faceless drones.

A faceless drone just isn’t sexy, regardless. If she doesn’t even look at you or consider you because you remind her of that, then you have no chance of being her sexy Asian guy. Even though this Asian stereotype should be pretty self-explanatory, it’s bad because, no matter how hard you work out, how much muscle you gain or how big your arms become, that archetype of the macho Asian man doesn’t exist on a grand scale. While there has been an influx of Asian men hitting the gyms to offset the small, nerdy, beta-male stigma, the female perception of Asian male masculinity in the average American woman isn’t quite up to standard. As such, she’s going to assume that, if you’re not big and muscular, you’re just the quiet Asian guy who always sat at the front of the class, eager to learn but never willing to go grab coffee with the group after a study session.

It’s all about how you present yourself. I’m 5’5” but people KNOW when I make an entrance. I have presence and people pay attention to that. I have style and people recognize that. I may not be an Adonis, but the way I carry myself makes me a sexy Asian guy. If you work out, shape up, demand attention and command it when you have it, people will realize that you’re not the puny pipsqueak from gym class back in middle school. One thing you can do to add to your presence is gain muscle. By simply lifting weights, taking protein supplements, and exercising regularly, you can tone up and build more mass, creating a positive feedback loop. For example, building muscle makes you appear to have more presence. Exhibiting more presence will cause you to feel more masculine. Feeling more masculine will make you want to go work out. By continuing to work out, you will gain more muscle and presence and feel more masculine. Eventually, you’ll gain more confidence because you feel better about yourself physically, mentally, and emotionally, shattering this Asian stereotype from any girls you encounter and turning yourself into the sexy Asian guy of her dreams. 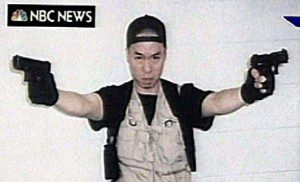 Recently popularized by Gordon Wu who allegedly made an unwanted advance on an 18 year old girl, the predator and wife-beater Asian stereotype is one I hear quite often. Whether or not Wu did it, there is an interesting point of wife-beaters being asexual or predatory but racial prejudice is illogical. While Asian men are usually not considered dangerous, there is a stigma that if we can’t get it by charm then we will get it by underhanded sneakiness. When she sees you in the club, there is an offhand chance she is thinking this, but it’s really only if you give her a reason to.

This one should go without saying. Sexy Asian guys just aren’t creepy, scary, or sketch. I doubt anyone wants to be lumped into the category of predators or wife-beaters, but the fact of the matter is, it can happen. Whenever there’s a crime committed by an Asian man and it spreads like wildfire all over the news, it sets an archetype for Asian men everywhere. During WWII, thousands of Japanese-Americans were sent to internment camps for fear of any of these citizens being spies. Remember the Virginia Tech shooter, Seung-Hui Cho? He struck fear into the hearts of many and made people wary of an angry Asian man. Thanks to men like Cho and Wu, we get the Asian stereotype of being malicious, predatory men unfit for society due to our cultural differences. If she senses something off about you, even for a second, she may have images of these men in her head and think twice about dating you.

Don’t come off as creepy. You can do this by re-evaluating your posture, facial expressions, and mannerisms. If you move awkwardly, are too touchy-feely, and have a smile like Gary Busey, then it’s really time to train yourself how to behave in a manner more pleasing to those around you.

Don’t act too desperate or needy – you CAN live without that girl at the end of the bar, so don’t act like she’s the last female on Earth.

Appear to have women around you. This will social-proof you and make you seem more sexually appealing to other women. While you should always be yourself, it’s better to be your BEST self. By doing this, you can shake off this predatory, wife-beater image and be seen as the normal person that you actually are. 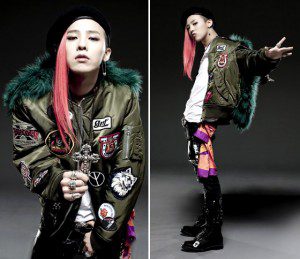 For whatever reason, this country loves to portray Asian men as sexually unappealing as possible. Since Asian men are family-oriented and loyal,this can initially be a good image of us, but they take it to the extreme and make it seem like we can only get one woman or none at all. Hyper-femininity is an offshoot of this, exacerbated by the prevailing trends of K-pop and the worldwide Hallyu (Korean wave). When a girl sees any Asian media, she’s subjected to boy-bands dancing in formation with the latest hairstyles and thinner than she is. Upon first glance, she’s more likely to find that unattractive due to the media she’s come to know and love all her life.

Being in tune with your metro-sexuality looks pretty but, in all honesty, it doesn’t get you laid and will simply typecast you into this Asian stereotype. If you happen to pass by one of these girls with your hummingbird-like metabolism, K-pop clothes and just a dash of blush (yes, ladies and gents, I’ve seen grown men wear more blush than Ronald McDonald), she’s going to feel less feminine simply by being in your presence. Just as men love it when a woman makes them feel masculine, women love feeling feminine. If you are more feminine than she is, it makes her feel uncomfortable and makes you seem unworthy to date. If you usurp her femininity by reminding her of the latest K-pop star with your ultra-metro fashion, you’re not a sexy Asian guy in her eyes. You’re just not. 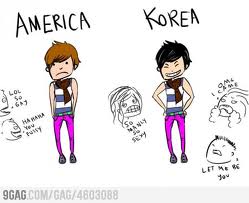 If you’re seen as too feminine, do more activities that make you feel masculine and don’t push you into this Asian stereotype. Take competitive sports. Change your fashion. Stop wearing makeup. Wear masculine type clothes. There are male archetypes that you can follow, you just have to stop looking at the more feminine ones and find some that bring out your inner-masculinity.

After all, you are a man – it’s not too deep down.

While some of you will argue that being a man is different compared to each country and it’s possible that K-Pop is considered somewhat manly in Korea, I have to point out that we are not in Korea and that your average American woman is not going to be impressed when your K-pop fashion looks like you can fit into her jeans from high school.

These are just three of eleven Asian stereotypes women tend to have. Look for the next piece of this four-part series, coming soon, where we’ll discuss the myth of the Asian paper tigers. The best way to beat these Asian stereotypes is to show beautiful women that Asian men are not at all what they expected.