The Racist Bullying Crisis: Why 54% of Asian American Children Are Targeted by Bullies

Hey guys, it’s JT Tran, your friendly neighborhood Asian Playboy, with a more serious article today on a topic that (according to one study I’ll talk about later) at least half of us have faced in one form or another – the Asian bullying crisis.

A certain YouTube video is trending right now about an Asian guy getting badly beaten by six or seven other guys. Just as with the news of Private Danny Chen’s death, people rallied to the side of the man being attacked. It seems our nation’s youth is tired of the bullying and the victimizing, and that struck a chord with me, because, like many young Asian men, I was bullied as well.

When I was growing up in the South (Texas to be exact), I was “fortunate” enough to attend an academy for academically gifted children. It was “fortunate” because it also painted me with a huge fourth grade target on my back.

As I walked every morning to go to this academy, I would cross paths with a blonde, Caucasian boy going to a different public school. He definitely lived on the other side of the tracks as his clothes were worn and dirt seemed to be his constant companion.

And, each day, as our paths collided, he would push me and call me a gook, a chink, or a slant. I would tell my parents and my teachers. They said that violence isn’t the solution and just avoid him. 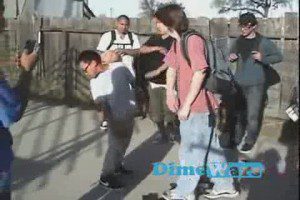 So I would try to avoid him and cross the street, but he always made a point to cross the street and confront me. I still don’t understand why he did so, but he seemed to make it his routine to go out of his way to shove me down each day. Each time I regained my balance, I felt a sense of shame.

In fact, at one point, he raised his fists in a mock punch and I raised mine to defend myself. This just incensed him even more and I went to school with a bloody nose. Why didn’t I push him back? Why didn’t I do something about this? I wondered about these questions and my actions, or, rather, lack thereof, and I started to feel bad about myself.

Years later, in high school, I got into another situation with a different bully. He was much bigger than me being six foot tall, so that made me an easy target. When he started picking on me I did the same thing as I had always been taught. I passively accepted it and tried to ignore it.

However, one day I just became completely fed up with the situation and I decided to take action. He started making fun of my mother and called her “Connie Chung.”

I had had enough.

I pretty much had to jump to meet him eye to eye, but I took a swing and punched him – right in the face. Looking back on it, I’m glad my teacher saw this and stepped in and stopped the fight, because he would have completely kicked my ass, but I don’t feel bad about it. Even though I got into a lot of trouble with my parents for getting detention over it, I don’t regret it. 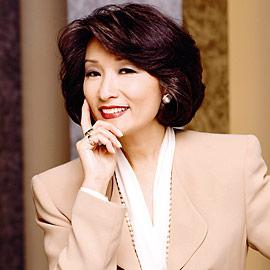 I had done something that I had never done before: I made a stand for myself and my sense of self-respect.

Unlike my previous experience with a bully, I didn’t feel that lingering sense of shame. Instead, I felt vindicated. I felt that my actions were justified. I felt I had done the right thing by standing up for myself, and that gave me a new sense of confidence and empowerment I didn’t have before.

Now, my Asian brethren, I’m not endorsing punching the lights out of any guy that looks at you funny, but I do believe you should stand up for yourself – not only because it takes care of the situation at hand but because it will make you feel like a better person. Violence isn’t always the solution and resorting to violence can be very dangerous. But that doesn’t mean you shouldn’t stand up for yourself and take some sort of action.

I remember Brooks (one of my female AMWW writers and former Playboy model) telling me how she was at Bennigans (or a similar restaurant) with her Asian boyfriend. As she went to the bar, she overhead a waitress talking about Asian men, how Asian men had small penises and weren’t good in bed. Brooks COMPLETELY flipped and started shouting at the top of her lungs. She made a complete scene, got the management’s attention and ended up getting the racist waitress fired.

That’s a perfect example of not resorting to violence, but still standing up for yourself (or in this case, her boyfriend). And not only that, it made a socially effective message:

But is Asian bullying a crisis? Bullying happens all the time to everyone, right?

Studies show that 54% of Asian kids get bullied, be it physically, mentally, or emotionally. That is astoundingly higher than the national average of 20% of children. That means that 1 out of very 2 Asian man you know, has been bullied before in his life. That’s nuts! And it’s more than the bullying crisis that gay/homosexual teens face, but has gotten all the news coverage and support from the celebrities.

But more than that, going back to Private Danny Chen (where it was just recently announced that one of his attackers was only getting 30 days of jail-time) and the military, Asian Americans in the military have the HIGHEST SUICIDE RATE of any group or ethnicity (“Soldiers of Asian descent have dramatically higher suicide rates than other racial groups. Their risk is double or triple that of other soldiers, and four times higher in the war zone.”). Let me repeat that: the ASIANS HAVE THE HIGHEST SUICIDE RATE IN THE MILITARY. 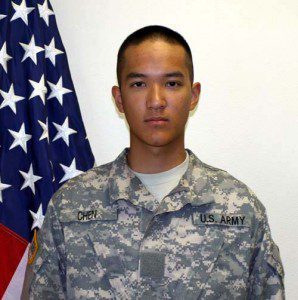 Danny Chen has called a “gook,” “chink,” “dragon lady” and unfortunately he didn’t know how defend himself or stand up for himself against these racists that might have made the bullies back down. A lot of it has to do with how we’re raising our children and the fact that we’re such an easy target for people to take out their racist, prejudiced beliefs.

In fact, there was a school that had so many racist bullying events and the Asian Americans feared so much for their safety that they had to stage a strike and REFUSE to go to school. Yes, Asians refusing to go to school until the American establishment could guarantee their safety. We are the most prone group to be targeted by bullies and racists.

So yes, I definitely believe there is an Asian bullying crisis.

Another study shows that an overwhelming 99% of Filipinos have been victims of racism in the past year, but that the majority of them decided to take action about it by either standing up for themselves or reporting it to authorities. After doing so, they too, just like I did, felt a new sense of confidence and self-worth. By taking action, they felt better about themselves as a person.

Bottomline is that CONFRONTING RACISM BOOSTS SELF-ESTEEM. You don’t have to take my word for, just check out the psychology study “Filipino Americans and Racism: A Multiple Mediation Model of Coping” for yourself.

Believe it or not, bullying affects your confidence, self-esteem and self-image. Which in turn affects your dating life.

I don’t mean it in the clear-cut example of AMOGing, where another guy may try to assert some sort of dominance over you and the girl you’re talking to, making some snide joke about Asians and trying to impress her. It’s deeper than that.

If you are or have ever been a victim of bullying and failed to do anything about it, your confidence has most likely been deflated. If you couldn’t stand up to your bully, you probably felt ashamed, like I did.

This lack of confidence can carry over to your adult life, where you may feel unworthy of the beautiful woman at the club or the cute girl that goes to your gym. While a more confident man might strike up the courage and ask her out, you’re sitting back and wishing you could do the same.

Do not stand idly by and let it slide, because you will feel ashamed, depressed and angry. Have enough self-worth to realize that no one deserves to be bullied – you included. By doing so, you will gain that sense of empowerment you’ve been craving. You will feel the confidence flow through your body.

You will know what it’s like to be strong.

And you will finally feel vindicated, as I did, when you stand up for yourself and what is right.