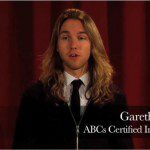 When I first started studying sexting or text flirting interactions, it was a hard journey to success and results.

It wasn’t long before I understood how to get any girl to respond to your texts through sexting or how to get any girl out on a date, but I wanted the real results, so I pushed myself to develop what is now our Text To Sex seduction roadmap of skipping the first date.

The concept of skipping the first date is the idea that, instead of using all your energy to take her out on a fancy first date, you’re creating a sexual bond and arousing her so thoroughly that all she wants is to be near you via sext or phone seduction. You know when you’re so sexually charged all you want to do is throw yourself at that girl you’ve been thinking about? Yeah. We make HER feel that way. That’s a discussion for another time, however.

This can be done verbally through phone seduction ala Text To Sex or through sexting.

Anyhow, along the way, I discovered how awesome getting naked pictures of girls was (n00dz: Perhaps you’ve heard of them?). These was not just awesome for the reasons my boner told me they were awesome, these were awesome because they added a lot of weight to the interaction which can be classified as both investment and compliance (you can still download our free T2S video and report “7 Killer Strategies for Rejection Free Phone & Text Flirting”).

Chances are, you know that someone that has invested in you has great staying power, meaning that if they have stock in you (have done something for you or have lent you something), they are more willing to stick around.

The example we always use on our bootcamps is this; imagine you’ve given someone $10,000 out of the kindness of your heart because they were in a huge jam. This person is probably a friend or a relative that needed (and deserved) your help so, while you did mull it over for days before making the decision, there was really no question in your mind and you felt good about being able to help.

Now, let’s say that this person took that money and, instead of paying his lawyer or the mortgage or whatever institution he needed to pay to save him from financial destitution or certain imprisonment, he went to Vegas and put it all on red. Add to that the fact that it came up black and he lost it all in one go. You’d be pissed.

Above all, however, you’d want it back and, since it was such a large sum of money, you’d want to help him get it back. You wouldn’t just walk away and count it all as a loss, you’d be checking up with that guy at least day, finding out how he could earn more money and pay you back as quickly as possible.

Now, thinking along these lines, I would get naked pictures from girls just so that they would put me in a different category than all the other hundreds of guys that are text flirting them (“Guy I’m naughty sexting with” vs. “Some guy that’s texting me”).

I was inadvertently creating the first rungs of the “Rapid Sextcalation Ladder.” (Get it? Sexting + Escalation = Sextcalation! I’m a mad genius.) 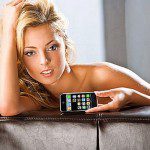 Since girls don’t want to be sluts (or, more thoroughly, women don’t want to be sexual with just anyone), the receipt of these sext pictures created an investment. This is to say that now that she’s sent these to me, she’s not just gonna stop talking to me if I’m not sweeping her off her feet, as she’s already crossed a line with me and it would be both healthier for our relationship and more morally acceptable for her to make it work out between us.

As you can imagine, I quickly realized how awesome seeing women naked was and I soon was making efforts to get these pictures as soon as possible. It was not until just recently (so recently that I didn’t have time to include it in Text To Sex), that I discovered something incredible.

I have been through so many text flirting and sexting interactions that it would make you shake your head.

Between sarging every night for a year and a half, to two and a half years of constant bootcamps with the ABCs Of Attraction, I have gotten thousands of numbers. With those thousands of numbers I have had any kind of sext interaction you can imagine and have tried everything under the sun.

But how do we do it?

I know this is going to sound oversimplified and, even now that I say this, I guarantee you guys are going to try to add things to it, as is always the custom. However, trust me on this; it is as simple as it can be.

There is one prerequisite, though, that is very important: You must have decent passive value.

This is super important and really not all that hard. You don’t have to be really tall or really good looking, you just have to make the effort; well dressed and good hygiene are the two most important things (and, frankly, if you haven’t figured that out during your journey to become better with women by now, it’s not your sexting that needs work). This system works for me even if I meet a girl on the internet. That’s how strong it is.

In order to get naked pictures in the first short while, you need three things;

Let’s break it down.

First thing’s first, you must have some sexual undercurrent in the conversation. It does not have to be much (and, for heaven’s sake, you shouldn’t even be saying sexual things yet because you’re aware of the

Compliance is the next element and, as far as I’m concerned, the most important. What compliance does is utilizes the Yes ladder (the idea that once someone says “Yes” to something, it’s easier to get them to say “Yes” to other things), to create investment and rapport, so that she will be willing to comply to our requests. We use this with a series of compliance steps; some take a few requests, some take many, it depends on the girl and her attitude.

However, as opposed to putting it in the D phase, we’re going to be doing it RIGHT AWAY.

In many cases, guys will assume that she is for some reason double-checking so she can reject them or doubt them or whatever and that’s asinine. She wants to know how much you want it and, in this case, the only want to respond is as dominantly as possible, showing her that’s exactly what you want.

Let’s break down the four key elements of the Rapid Sextcalation Ladder one last time.

Now, there are a lot of ups and downs in this process and you’ll often get a lot of resistance, all of which I teach you to deal with in the Text To Sex program available now but, for now, this will work enough to give you the results you need.

I hope this helps and I wish you luck!