Hey there, Gareth Jones here with an amazing story about how I made a swimsuit model feel comfortable, safe, and cherished enough to sleep with me.

You see, at every bootcamp I’ve ever done with Asian Playboy, when it comes to the E-Phase (Evaluate, Extract & Escalate) he has always reminded his students that LMR (Last Minute Resistance or Reservations) is not anyone’s fault:

It is the biology of women kick starting their last-ditch attempts at ASD (Anti-Slut Defense).

This is to say that instincts tell a girl that she’s not ready to have sex yet (after such a short period of time) because of all the hazards it presents to her mind and body:

Of course, because he’s a dating expert, he’s taught them methods to get around that obsolete biological response by assuaging her logical fears and enabling her physical desires.

The methods he taught (and now, I teach as well, doing group bootcamps and private 1-on-1s) were always very useful to me and, of the three methods we teach, I’ve almost always had to use one or another to disengage and overcome a girl’s Last Minute Resistance. 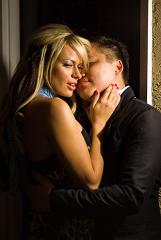 Recently, I got to meet up with an absolutely stunning girl I had met online a long time ago (a friend of a friend). Super hot. She’s a gorgeous, Latin brunette and I am currently looking at a picture of her in a swimsuit calendar on my wall. That hot. However, she’s also very skeptical about sexual relationships and has always held me at arms length.

We had talked about sex many times and she was always shut off from, what other girls call, “My intense charm”.

Incredibly hard to gain any sexual ground with, she had only had sex with 3 people before and was devout about how she needed to be in a relationship with someone for a long time before she would ever engage in anything coital.

In fact, I thought it would be detrimental to our friendship to even try to engage in physicality on the first night we met, so I didn’t even plan on pushing things. Because I have the skills that I do, I am not starving for sex, so I had no problem slow-gaming this girl and NOT pushing for a one night stand.

That being said, hopping into bed with me, even if just to fall asleep – like this time, starts my biological gears turning and, much like a military machine, these gears are connected to PUA cogs that engage the skills that I have practiced and perfected all over the world. I was out to destroy her Last Minute Resistance and it was completely subconscious.

Though I had to use all three of our methods on one of the toughest situations I’ve been in, I’ll tell you how I did it, step-by-step. 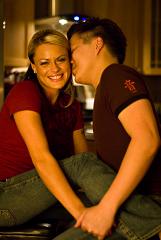 This is the step we use when first dealing with the idea of Last Minute Resistance. Pre-emptive measures are those that we dispense in order to combat even the thought of her needing to reject us.

For instance, if you tell a girl she has to sleep on the couch, or that you have work early in the morning, it will subconsciously register as a sort of rejection. After all, if you’re telling her you have to get to bed early, it’s clear that you don’t have hours of animalistic sex in mind, right?

In this case, I flat-out told her that I wouldn’t have sex with her because she’d already had too much to drink.

At the time, she was drunk, but not drunk enough that I would question her morals. In fact, I think that alcohol played little-to-no part in the decision making process.

She actually tried to combat my rejection by rejecting me (e.g. “Well, I’m not going to have sex with you, anyway.”).

It was important that I stop her before she made it about rejecting me, thereby losing control. To do this, I actually just said, “Stop. This isn’t about you rejecting me or about me rejecting you. I am just not going to have sex with you, so appreciate that we think the same way and stop being defensive.”

This pretty much shut her up and gave her time to stew on the idea that she didn’t have to object to my sexual advances, which was clearly something she didn’t get often. She did not like this idea.

This is the standard Freeze-Out Technique we’ve all read about in The Game, the purpose of which is to turn her on a bit and stop when she says no, leaving her, essentially, stewing in her own juices. Because this tactic was invented for this type of girl (super hot, generally valued for her looks), it went completely by the book: When she said “no“, I stopped, rolled over, and checked my phone.

I replied, “No. I’m not mad, I just respect when a woman says no. Don’t worry. We’re not having sex tonight, anyway.”

In between a few of these bouts, I also brought a bit of pre-emptive Last Minute Resistance Logic Bombs in, something I’m extremely good at:

This is all very powerful stuff that we teach in our bootcamps and, frankly, I believe everything I said to her. I did (and still do) care about her immensely and was (and still am) extremely attracted to her. I knew I wouldn’t hurt her and that I wasn’t interested in sex just to use her, but that I genuinely wanted to share a no-holds-barred experience with her because of how much I enjoy her as a person.

I am not just, “Saying stuff to fuck her” and I’ll admit that to anyone that asks.

The purpose of this last stage of Anti-LMR is to turn her on so much, that she’s not using her logical mind. All the, “Will I get pregnant?” and “Does this make me a slut?” thoughts are gone and she is only doing what her body tells her is good for her.

In this case, her body will want as much of me as possible, and I’ll tell you why.

After all the thoughts were stirred and all my cards were on the table, I told her I was completely fine just kissing her.

She told me she wouldn’t even take off her shirt and I told her that was totally cool by me, but did that mean all skin showing was fair game?

I’ll spare you the details, but there was a lot of inner-thigh licking and nibbling and blowing cold air over warm, wet spots and suddenly, she was begging for me to get inside of her.

I told her, several times, that, “I’m not going to fuck you because I made a promise to you.”

Pretty soon she was on top of me, grinding her pubic bone against me and peeling off the rest of her clothing.

The more I said “No”, the more she begged.

After I finally knew she wasn’t doing it to prove a point, I let her have it and, four orgasms later, we moved to the other bed in the room (hotel, of course), on account of having destroyed the first one.