Before 1954, it was impossible for a human to run a mile in under 4 minutes.

Then in 1954, a man named Roger Bannister broke the record that all the scientists and doctors had proclaimed as a physical and impossible scientific fact.

Forty-six days later, that once impossible barrier was broken again by a different racer.

Where once it was widely known that a man could literally not break such a limit, was now being broken left and right as other athletes used Roger Bannister- not as a warning- but as a sign post of victory. 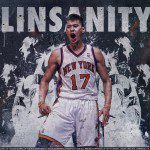 And that’s why having role models and heroes that Asian Americans, particularly us men and our beleaguered young boys, is so important.

Before Linsanity swept our nation (hereby demarcated as  B.L. or Before Lin), we were still being treated as hostile foreigners even to the point of being portrayed as money grubbing Chinese outsiders seeking to gain influence over the American government in a political attack ad by Pete Hoekstra, a Senate candidate, that aired during the Superbowl, the largest viewed television program in history.

And much like in 1954, the overwhelming opinion of the informed population has been told or suggested by the media that Asian Americans are not truly American. That we are a people set apart. Either invisible or foreign. Submissive exotic women and effeminate martial arts super-nerds.

It’s hard not letting that affect our Asian male confidence when we haven’t had our own positive Asian American male role model, our version of a Roger Bannister, since Bruce Lee died over 30 years ago.

And while Yao Ming definitely garnered Asian American attention, he was also set apart from us by being a Chinese Communist transplant with a hint of freakish genetic mutation. Nor do the vast Hong Kong movie stars like Chow Yun Fat, Jackie Chan, and Jet Li count as they were still being pigeon holed into chop-socky martial arts movies.

Now I don’t know if the Jeremy Lin Show is going to last past these few pilot episodes (I can only hope that all this buzz is sustainable), but I literally cannot recall a time when I- as the grizzled old war horse and veteran of many Asian American battles over social issues that I am- have felt so excited and proud to see another Asian American.

And I dare say I feel more excitement than when I would watch the Dallas Cowboys Thanksgiving game at my grandparent’s house as the entire Tran clan cheered our own Vietnamese American football role model, Dat Nguyen.

So much so that I’ve even started booking up on my basketball knowledge. I don’t know a damn thing about basketball, but that’s what looking up to a hero and having a positive, alpha Asian male role model does to you.

It makes little Asian American boys who have so long been without a positive role model- who shows time and time again he can regularly break limiting beliefs, stereotypes and limitation if only with a lot blood, sweat, and tears- want to be him. If only in some small way of entering his universe by playing the same sport he does, we take an intangible piece of him with us.

My New York students and I were literally standing around the club on Friday night, bonding over the Jeremy Lin experience and checking the score together as the New York Knicks beat the Los Angeles Lakers.

Jeremy Lin versus Kobe Bryant. It was David versus Goliath. And little David won.

And it’s more than just the sport he plays or his race that has given Linsanity so much momentum. If it was, than his fanbase would never have grown outside of the Asian American community.

Jeremy Lin is also a Harvard economic graduate. So it attracts the Ivy League crowd, the intelligentsia and anyone else who values a prestigious education (read: every single Asian parent alive).

Jeremy Lin is a devout Christian as well. And while it may discomfort some people, it gives him a sense of Tim Tebow-esque sincerity and piety. It also makes him an ethical role model that makes mothers want their daughters to date an Asian man for the first time.

And finally, he is the ultimate under-dog: the scrappy fighter, the little guy who never backs down from bullies. Jeremy Lin is fairy tale Linderella story:

When no one believed in him and in fact tried to push him down time and time again, he still believed in himself. Jeremy Lin was his own Asian American role model.

All he needed was that one moment, that one perfect moment of clarity, a clean slice of time, to prove to the world what he was capable of doing.

And he took it.

It is not just an Asian American coming of age story. It is the American dream made flesh and come to life.

No longer (at least as long as Linsanity burns) are we outsiders and invisible (he’s getting airtime on Stephen Colbert, for Buddha’s sake!).

Quite frankly, it feels silly at times that my success with women is considered a world-staggering accomplishment when in comparison to that of others.

How truly important is it that other Asian American men can see a short, average looking Asian man like myself be that spectacular in the grand scheme of things?

But that isn’t the point. After all, the actual pursuit of women isn’t in and of itself a particularly laudable victory in the grand scheme of things.

Instead, it is about breaking the barrier and stereotype that Asian men are asexual or physically weak.

We need heroes and role models if only to mark and track our progress against.

To set ourselves new challenges so we can become better men in the same mold as the heroic vanguard before us.

So we can at last say to ourselves, to our brothers, and one day our sons…