The Alpha Asian in The Warrior’s Way? An Asian PUA’s Non-Review 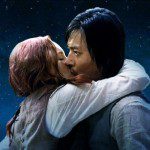 It even has Kate Bosworth in the first Asian Man White Woman interracial movie kiss in years (assuming they even kiss). That’s a rare occurrence in the media if there ever was one: like a unicorn or a pot of gold at the end of a rainbow is the Alpha Asian Man.

If I sound jaded and skeptical, it’s because I am. Especially when it comes to anything regarding Asian men in mainstream media. I almost never saw any positive and masculine Asian male role models growing up. And if you haven’t figured it out, this article isn’t really a movie review so much as a review of the current state of Asian Masculinity as we approach the closing days of 2010 here in the 21st century.

After an angst ridden college career, I simply stopped caring what occurred on TV and in the movies. So I moved on and started trying to be my own hero (which is like building a sandcastle when the tide is coming in, but that’s another story). Nowadays, when I ask my students who is the most positive and masculine Alpha Asian role model they can think of, they all invariably reply with Bruce Lee!

An awesome role model and Alpha Asian, to be sure with his philosophical synthesis of the martial arts and media prowess, but the man has been dead for like 30 years!!! That’s just sad (and no, Jackie Chan doesn’t and Chow Yun Fat only counts overseas).

And somehow along the way, I- that rapscallion dandy and pickup artist, the Asian Playboy– became that Alpha Asian role model to thousands of other Asian Americans (and Asians in Great Britain to Australia). A heavy responsibility and a role I’m not entirely certain why I was thrust into, but here I am anyways. A servant to a deep cultural need that no one else was fulfilling.

For example, here’s one fanmail that moved me deeply, from Huy (personal details changed):

Dude. I’m a first generation America Vietnamese kid born in the ghettos of Los Angeles. I just graduated now I am proudly serving the nation as a tank driver and American Soldier stationed in [redacted] with the [redacted] division. I just wanted to say that you’re my hero =] you helped me believe that I could amount to something more than nail salons and pho restaurants.

It moves me because I have to ask, who the hell am I to be anyone’s hero much less someone who risks their lives everyday?!

I just teach guys how to be successful with women. I don’t save lives. Hell, William the Better Asian Man is out there saving real lives as a weekend volunteer for the FDNY. I just help my Asian brothers go out there and get laid with just about any women they want out there.

This kid here is actually going to be out there on the FRONT LINES protecting our freedoms with his life and he thinks *I’m* a hero?!

Anyways, I think being a role model to thousands of men around the world in order become their own Alpha Asian has forced me to find other sources of role modeling, from my own mother to the spiritual teachings of the Buddha. But at the same time, looking back on my own formative years, it would have been of great help to see me, my own reflection and values, in others as they would see themselves.

And that’s where the media comes in.

Although I still contend that changing the media won’t have that big of an effect on AMs as many seem to believe, it’s still heart warming to see and has turned what was simply a guilty pleasure into one of my favorite TV shows, Glee, and see Harry Shum playing another potential Alpha Asian, Mike Chang. As his character arc progresses, I see many positive traits that I think other Asian boys, in the cusp of manhood, should emulate in order to be more confident, masculine, sexual, successful and ultimately the Alpha Asian they were meant to be.

While I haven’t seen the movie “The Warrior’s Way” yet (I’ve got my LAST bootcamp of 2010 to run this weekend after all), I do hope to catch it on Monday to properly review it and I do hope it doesn’t suck as so many other movies before it has (like Jet Li’s non-kiss in “Romeo Must Die” with Aaliyah). Yes, it’s another chop-socky, kung fu, ninja movie (like Jung “Rain” Ji-Hoon in “Ninja Assassin“), but I hope there are definite masculine, Alpha Asian characteristics in “The Warrior’s Way” that those of us who didn’t grow up with strong role models we can identify with.

So let me put forward my own list of what I contend are “Alpha Asian” characterstics that I hope to see in this movie “The Warrior’s Way” and other movies and TV shows, whether it’s John Cho in Star Trek to Daniel Dae Kim in the rebooted Hawaii Five-0.

An Alpha Asian Male is:

A wishlist to be sure, but here’s hoping that some good can come out of these movies. That some teenage Asian kid, unlike me those many moons ago, will be uplifted by seeing an Alpha Asian role model and push himself beyond his comfort. To be successful not only at school, but in his personal life and life in general.

Because ultimately, the mark of an Alpha Asian- the mark of any real man– is not his college education or his grades. It’s his ability to press on in the face of failure and fear no matter how many times he’s derided and insulted in order to accomplish his goals.

To embody all these 10 Alpha Asian traits that make him truly a man, and not simply a boy.