If there’s any person out there who is a bigger champion of AMWF/AMXF relationships (be it Asian men with white women or Asian men with black women or Asian men with any women of their choosing), I haven’t met them. I have spent the past ten years traveling the world, dating hundreds of beautiful non-Asian women, giving out the best dating advice, and teaching thousands of other Asian men how to do the same. So it was with some excitement that I picked up “How to Date a White Woman: A Practical Guide for Asian Men” by Adam Quan in the book store a while back and prepared to smile through it and applaud the betterment of AMWF relationships.

Rather, I wanted to smile through it. I begged myself to glean some tiny bit of information out of the pages of this book that would convince people that Adam Quan was truly doing something to help his Asian brothers in the pursuit of AMWF bliss. I expected a well-written, thoughtful explanation and action plan full of AMWF dating advice that would help Asian men to conquer their fears and approach the women of their dreams; what I got was a slapdash, borderline racist graduate thesis on how to analyze your personality.

Really. I’m not even joking.

But I’m getting ahead of myself. Let’s break down “How to Date a White Woman: A Practical Guide for Asian Men” by Adam Quan into the good, the bad, and the ugly.

Over the years I’ve noticed that the pro-AMWF community has an overwhelming surplus of women and a minority of Asian men seeking AMWF dating advice and trying to figure out how to date a white woman. It’s one thing to hear from a white girl how much she loves Asians, but it’s an entirely different ball game to hear from an Asian man himself that he was successful and there is hope. Adam Quan delivers that hope to the waiting and curious Asian man. By his own admission, he had a 15-year “career” of AMWF success with white women as of “How to Date a White Woman: A Practical Guide for Asian Men” by Adam Quan‘s 2002 publication – this is nothing to sneeze at – and for those men who have never even had a girlfriend in their lives, much less one from another race, it’s a small flicker of hope in the distance that one day they could achieve the same success and figure out how to date a white woman.

Unfortunately, that’s about where the positivity stops. This so-called “dating advice” gets very bad very quickly after that.

While Adam Quan attempts to explain his AMWF success in detail and give other men the ability to figure out how to date a white woman with his occasional snippets of dating advice, I can’t say that I or anyone else would actually find his explanations helpful. What men need in order to learn how to approach is a specific example, a clear piece of dating advice, a recipe for the interaction of AMWF romance, but what this book gives them is a detailed explanation of why a proper approach is important and how good that AMWF romance recipe tastes… accompanied by exactly zero examples of how to actually do it and exactly zero ingredients or steps for said recipe. It consists almost entirely of an “all bark, no bite” approach – there is far too much theory and not enough example.

Let me repeat that. Nowhere is there an actual formula with actual dating advice about how to date a white woman; the entire book consists of explanations about WHY you should, but not how you can actually do it.

Perhaps as a result of the book’s overwhelming emphasis on theory and not practice, it is littered with poorly-drawn graphs, quizzes, and tables that do little more than take up space – most of which are completely unnecessary and not helpful. The statistics on AMWF marriage and Canadian divorce rates are salient to his points, but the Asian man is also encouraged to analyze his personal assets based on a poorly explained, subjective, numbers-based analysis and, again, he neglects to actually explain what constitutes a 5 out of 10 or teach how his Asian brothers might raise themselves from a 5 to a 10 in communication skills. 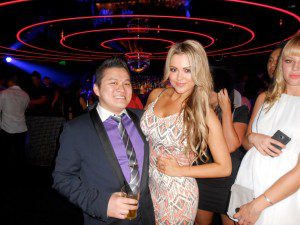 He even includes a compatibility table with such relationship-smashing pieces of dating advice for how to date a white woman as social class and astrology. Yes, astrology.

Had I not known that the author’s name was Adam Quan, I would have bet money that “How to Date a White Woman: A Practical Guide for Asian Men” by Adam Quan was written by a white man in a poorly-understood attempt to pull dating advice out of his ass and cash in on the extremely high proportion of Asian men seeking help in the dating market. Why? Because his admittedly thoughtful attempts to explain and alleviate the cultural differences between white women and Asian men are almost word-for-word copies of some of the most racist vitriol I have ever heard. Not all of it is negative, but a stereotype is still a stereotype.

The book is full of such stereotypic gems as: 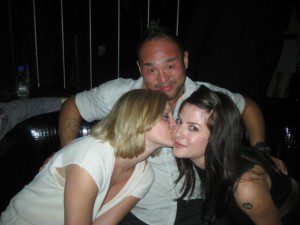 I have seen way too many of my small-framed Asian students date and even marry white female stunners with high-flying careers who didn’t give a single thought to the man’s career, gym habits, or fobbiness for me to find Mr. Quan’s dating advice about “cultural understanding” credible. In not a single place does he discuss how even a short, chubby, unattractive Asian man can develop such a vivacious and infectious personality that he will draw white women to him like white on rice (pun intended) – something that I have seen happen in real life. Instead he focuses almost entirely on “this is your culture, this is her culture, and here’s how they’re utterly and completely incompatible, so let me crush your spirit even more.”

“How to Date a White Woman: A Practical Guide for Asian Men” by Adam Quan attempts to tackle a major topic in the Asian dating industry. How exactly DOES an Asian man cross over into the exotic and forbidden territory of dating white women? Unfortunately, Adam Quan never answers his own question. His book reads like a stream-of-consciousness attempt at giving dating advice and explaining his own success that slowly devolves into an engineer’s analysis of Asian culture and the behavior of white women. If you’re looking to bore yourself half to death with endless charts and no real tactics, then this is your book. 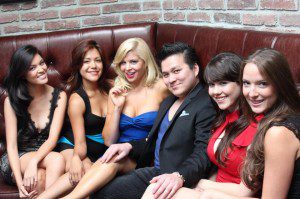 But if you’re looking for something that will give you an actual formula and real tactics that work on ANY woman, ANY time, ANY place, then you’re better off with a holistic ABCs of Attraction bootcamp, where we’ll actually TEACH you how to date a white woman instead of blinding you with all-bark theories.

Which sounds better to you, learning real tactics that work in real time for real men, or trying to figure out how well your astrological sign relates to hers? Yeah, we thought it was a no-brainer, too.