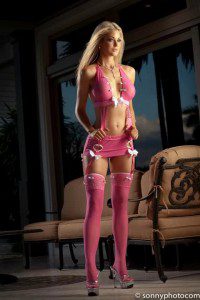 A group of smoking hot babes enter a nightclub. Sexually attractive women, all dolled up in their sparkling dresses, lemon drop martinis in hand, chisel cut curves that every man would love to get their hands on, and they’re telling each other how HOT they are tonight, except for one girl…

The one girl, who just happens to be the most attractive woman of the group, isn’t being engaged by her friends. She’s tall, stunning, and showing off all of her curves with the revealing open back dress she’s wearing tonight, but she’s feeling insecure, “Why won’t anyone talk to me? Why won’t my girlfriends tell me I’m pretty?”

The A-Phase is Attitude, Attract & Approach

That’s when you come in, guns blazing, the king of direct game, ready to seduce girls straight to the bedroom. All you do is come in with your direct approach and say,

“You’re absolutely gorgeous, I had to come over and say hello. What’s your name?”

She lights up, a smile brightens her face and she sits down with you. After a chat and a peck on the lips, you string her home to close the deal with a bottle of wine and your favorite episode of “Mad Men” on Netflix. Almost no effort used, zero, zilch, zip, nada. You know how to get laid with minimal effort.

The B-Phase is Banter & Buying Temperature

You’re probably wondering, “How do I do direct game?” There IS a method involved with direct game, and it takes some time to get a direct approach down perfectly to the word, so buckle your seat-belts, direct game school’s back in session.

Direct game is simply expressing interest in your target right off the bat. Unlike our traditional indirect counterparts, we aren’t asking her some question about cats or who lies more. We are using a direct approach to tell women they are beautiful and you want to know them better. 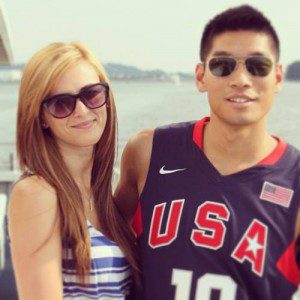 The C-Phase is Compliance, Comfort & Connect.

A couple of solid direct approach openers we’ve used while teaching direct game here at the ABCs of Attraction are:

“You are tall and gorgeous. I love you already!”

“That dress, you wear it so well! You must have taken a lot of thought into picking your outfit for tonight.”

“Hey, I’m looking for this girl, she’s blonde, tall wearing a (start describing the girl). Can you help me find her?”

The D-Phase is Dominant, Direct Intent, and Disqualify!

The first, and probably the most important factor in direct game is target selection. Choosing to use direct approaches on strippers, tanorexics (i.e Heidi Montag or Paris Hilton look-a-likes), ADD party girls, or hired guns will fail. These women KNOW they’re hot, and they dolled themselves up to look like this “dream girl,” that they know all the guys’ heads will turn when they walk down the street, or when they’re dancing the night away at the club. Beware! These girls are fully prepared for your direct approach openers.

The E-Phase is Evaluate, Extract & Escalate.

The girls that you DO want to use a direct approach on are typically with their friends, or not super dolled up. Don’t think they can’t be 10’s. Most of the time, the true blue 10’s who are beautiful and intelligent appreciate direct game the most. Believe it or not, but these diamond in the rough 10’s don’t get told they’re beautiful. Society and mass media send women so many mixed messages that their perception of beauty is often skewed and taken to extremes. Just look at girls like Heidi Montag, who has gone under the knife numerous times just to appear “beautiful.”

When you find a woman who you feel is absolutely drop dead gorgeous and see she’s not acting like a complete fool, that’s the girl you want to use direct game on!

Now the BIGGEST mistake lots of guys new to learning pick up make is they merely spout off lines just as they are, just lines! Many guys use direct game as a crutch, and open up EVERY GIRL direct with the same stupid direct approach line… Obviously, we cannot have this. One of the keys to running solid direct game is sincerity, being genuine, and most importantly, being REAL. She doesn’t want to hear your stupid pick up line you read from some shitty PUA blog, endure the pathetic attempts of some guy who doesn’t know how to get laid, and she surely doesn’t want to hear some crap you spewed out of your mouth just because you want to get in her pants. What does she want to hear? 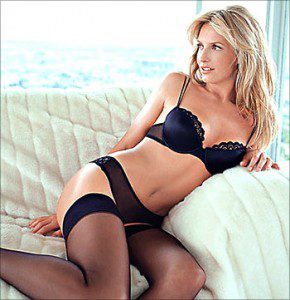 She wants to hear something real, genuine, and pure. When you’re opening direct, tell them how you feel in a socially acceptable manner. If we’re talking about the gorgeous brunette with the sparkling red dress, we can go up with our direct approach and say, “You are absolutely gorgeous. That dress fits you so well.” Or even, “You’re just too beautiful. I have to come and say hello.” These are the things that are absolutely mandatory. Cat-calling and telling girls they’re “super fly” or “Girl look at dat asss baby yeeahhuhhhh!,” is completely unacceptable and shows that you not only don’t know how to get laid, you don’t know how to be a gentleman. A direct approach opener without sincerity, genuine nature, and sense of being real is not an opener. It’s an outright lie disguised as a shitty compliment.

She’ll melt into your hand, stunned and amazed by the honesty and sincerity.

She’ll light up and smile – melting into whatever you say next.

She’ll say, “I have a boyfriend!” To which you can easily respond with, “and how long have you had THAT problem?” – our field tested and APB approved boyfriend destroyer!

Now keep in mind that there is no magic pick up line or opener that works 100% of the time. You’re still going to get some rejections down the road…

So what happens after the direct approach open? After it goes flawlessly, the beauty is you don’t NEED to spike her buying temperature. The compliment itself spikes it enough so you can immediately jump into comfort. From comfort, it’s easy to isolate her away from her friends, use dominance and direct interest, and close. If she’s already vibing with you right off the bat, it will be very easy to sexually and verbally escalate to a kiss close, and then extract her back to home.

When you go with direct game and build up enough comfort, she already knows you’re attracted to her, and it will be quite easy to go into heavy kino escalation and verbal escalation discussing topics like the perfect first date, the craziest thing you’ve done for a guy, or even the weirdest place you’ve had sex. From there, tell her you’ve got the coolest most awesome thing at your place (a book, bottle of wine, the best champagne you’ve ever had!) and she’s a hop and skip away from your bedroom.

Direct approach opening is a art, not done in words or action, but demeanor and pure intentions.

Women can smell your intentions a mile away, whether you’re just saying some stupid pick up line to get into her pants, or if you genuinely and truly feel she is beautiful. This is the most important part of using direct game, and it’s always why direct game is so powerful and effective. Use this skill wisely.

Unfortunately,  not everybody is born with natural direct game, and that’s understandable. But genius can be cultivated, and I’m here to help you out. If you just can’t figure out how to get direct game to work for you, check out one of our world-famous bootcamps and I’ll kick your ass into dating shape.