How to Be More Confident 101: 10 Lessons From Jeremy Lin 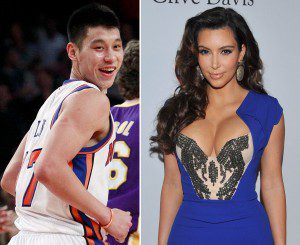 With the Knicks season over until the next training camp starts, Jeremy Lin (in spite of his knee surgery last year) is now reaping the benefits of fame and has become a prime sexual target by women (look no further than the Kim Kardashian dating rumors from a year ago) because of it. Not too long ago, Jeremy Lin was the last ditch effort, the back bencher of an ailing team nowhere near the playoffs who wasn’t any closer to playing ball than he was to figuring out how to get more women.

Now the NY Post details Jeremy Lin’s first clubbing report in the post-playoffs where he met Victoria’s Secret Selita Ebanks. Unfortunately, while the rest of us can’t benefit from fame and fortune, we can take a lesson from Jeremy Lin’s awesome skills on the basketball court and use it to get more women.

Here are  ten Jeremy Lin-esque lessons that can help you be more confident.

1. Jeremy Lin Has Swagger – Whether it’s taking the game winning 3 point shot in the last 5 seconds against the Toronto Raptors or walking into a club, Jeremy Lin has that swagger and knows how to be more confident. This isn’t about being a braggart or arrogant, it’s about knowing your own self-worth, having confidence in yourself, and going for it.

But you can’t simply talk the talk, you have to walk the walk if you want to get more women. You have to walk with swagger and show people that you know how to be more confident.

2. Jeremy Lin Has that Killer Instinct – Winners want the ball so they can make a play, make the shot, and just play the game. The Asian Linsation has acres of killer instinct that helps him to penetrate and attack the net directly. 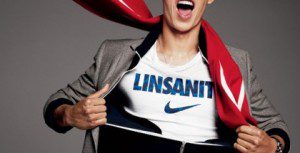 Lin doesn’t hang timidly around in the background waiting for something to happen!

The same applies when you’re out ‘in field’ working on your own ‘game’ and trying to get more women. Forget, pussy footing around with indirect game: I want you to be more confident and be like Lin. I want you to go in, make an opening and score even in the face of growling opponents.

If you want to win big, you’ve got to GO BIG.

The smaller your height or build, the more people will underestimate you and not give you a shot: just like Jeremy Lin, he was ignored and benched in the beginning because people underestimated him. So anytime you see an opening, any time you see what you want, then you crank it up to 11 and charge full throttle in: just like Jeremy Lin, he capitalizes on every moment given to him (like when he exploded against the New Jersey Nets with 25 points). So if you see the beautiful future mother of your child, then you go direct!

3. Jeremy Lin Only Gets Stronger When He Gets Knocked Down – Now going direct is always a risky proposition. There is no such thing as a 100% sure thing, but be like Lin and attack the net with everything you’ve got.

Sure you may get knocked around by life: get a metaphorical bloody nose, get fouled by a rough ride and even booed by the opposition. But don’t let it stop you from reaching your goal and trying to be more confident and get more women: even when Lin misses a shot, he’ll get up again time and time again. 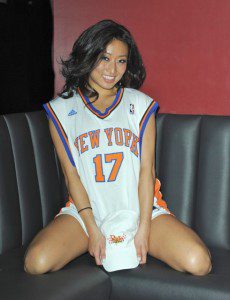 Every hurt is a lesson and every lesson makes you stronger!

4. Jeremy Lin Has Fun With The Game – Look at the smile on Super Lin-tendo! Whether he’s playing with his Dad, his brothers, or his teammates, J-Lin has massive love for the game. And though there were times before when he felt depressed about being overlooked constantly and even being waived twice this year, his Lin-tensity for the game never wavered.

Take a lesson from that on how to be more confident and get more women, gentlemen. You have to have love for the game whether the game is basketball or the courtship dance. Pickup is a competitive sport, against both opponents out in the field and against yourself, so you have to have fun with it if you want to get more women. Don’t fall into a negative feedback loop. Any time you say anything negative to yourself, force yourself to say two things positive. Smile and then go have fun flirting with beautiful women!

Be a fun maker, not a fun taker!

5. Jeremy Lin is Unselfish and Passes the Ball – Winners pass the ball around: they’re not selfish, douches, or greedy because they know no matter how many other players there are on the field that they have it.

You should take this attitude to your own game. AMOG-ing other guys? Not inviting your best friend into your set? Feeling jealous when your girl has another guy approach her? That’s not cool and it’s not going to get more women.

AMOG only when you need to: not because you want to and you think that gives to illusion of you trying to be more confident. It only makes you a selfish dick. Knowing your own true worth will help you to realize that you don’t need to use those tactics to get more women. Lin knows if he makes a pass he’s not going to get sidelined for not being in the game: instead he’s going to have his team patting him on the back for spreading the love around. 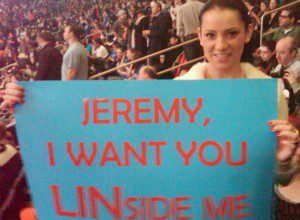 Be a team player and you’ll be a big winner.

6. Jeremy Lin Has Great Ball Handling Skills – Good ball-handling is way more than ‘nice looking moves’, it’s about protecting the ball, being able to create plays, get open for shots, and a whole lot more. It is straight up strategic play. It’s knowing what’s the right move to do at the right time to send the odds of winning big soaring in your favor.

Chatting to a girl is a little like being in the middle of a basketball game: you’ll have opportunities and curve balls coming at you left, right, and center. To make the most of when you have the ball you’ve gotta be more confident and be ten steps ahead. If you want this girl to be your girlfriend the way you’ll handle the situation is going to be very different compared to if you’re thinking about taking her home that night.

Get your logistics figured out, know what your goal is, and you’re going to make sure that you get your success stats with how to get more women up to Linsanity levels. So figure out what you want and then learn more about how to flip your behavior from ‘dating’ to ‘hook ups’ here.

Always aim to win: just make sure you know what prize you want!

7. Jeremy Lin is Calm Under Pressure – most of the time speaking to women is fun. For real. Like most of the time when the Lin-ster plays basketball he has a great game. Sometimes life likes to send you a foul charge though and really challenge you.

Luckily for you being fouled doesn’t usually involve a 6’5” 250 pound guy coming crashing into you. But you have other challenges to deal with in your dating game and trying to get more girls: like shit tests.

Good news is a shit test, like being fouled, usually means you’ve already got the ball. She’s into you: but is testing to see if you’re man enough to handle her. So don’t get angry or even: instead, be more confident and think, ‘this girl would not be asking me this if she wasn’t seriously into me.’

So no matter what the shit test, keep your cool, smile, and let your opponent know that the harder they try to throw you off your game; the more that you’ve got this one.

Be cool under pressure and let the world know ‘I can handle this’. 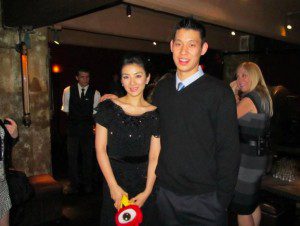 8. Jeremy Lin is Creative and Versatile – Lin is ridiculously versatile in his game: he gets the most winning shots as he can shoot from both inside and outside. He can score right up close to the hoop- or from on the perimeter. He maximises opportunities.

So many times I see guys not trying to be more confident and to maximize their potential when going out to get more women. They go hit on the girl that’s been in their social circle for ages, or their long term friend: a safe bet. Working your friendship circle is fine, it’s valuable. But just because you like girls you know it shouldn’t stop you approaching girls you don’t.

Life is about risk taking and maximizing your potential. So next time you see that ‘long shot’ smoking hot girl in the middle of the club- go for it. There’s no other way to rapidly improve your game and stand the best chance of getting the girl you want.

9. Jeremy Lin Has Great Court Vision – The super Lin-tendo has the ability to see everything on the court during play. He knows where his teammates are and where his opponents are waiting.

Knowing your game gives you the power and enables you to make better choices. How does this apply to you? Number one you should know your logistics: what places are great to meet women, what bars make great dates, where are good make out spots, how are you going to get her back to your place?

Then when you’re trying to get more women at the club you should know who your opponents and teammates are. Think about who is going to give your passive value a boost by treating you well and who is going to try to obstruct you.

Being aware of everything that’s going on around you is part of knowing how to be more confident; know your logistics and make sure you know how to get her from the club to your bed smoothly.

10. Jeremy Lin Raises His Passive Value – Want a prime specimen of Asian Alpha Manhood and a guy who knows how to be more confident? Then look no further that Jeremy Lin. J-Lin clocks in at 6 foot 3 inches and 200 pounds and now has women trying to seduce him left right and center.

What surprises me is how so many guys want to come into a PUA bootcamp and get more women without trying to raise their sexual or passive value: this means hitting the gym, getting a haircut, and having next level hygiene. If you’re stepping onto the court slouching, stinking, with bad hair, nasty breath, and sporting the dreaded Asian Poker Face, you just ain’t gonna Lin Lin Lin!

If you’re want to have a leading male role in The Jeremy Lin Show, then raising your sexual passive value is the first step.

The battle is lost or won before it’s even fought!

Rome wasn’t built in a day and you’re not going to make a complete turnaround overnight. We don’t expect you to. But if you’re ready to make a change in your dating life and you’re not ready to wait around trying to figure out how to get it done, check out one of our world-famous bootcamps and we’ll kick your ass into dating shape.