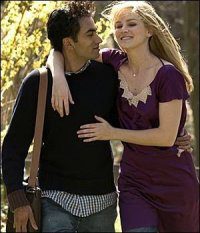 Who should pay for a date?

Sincerely,
Every guy that has ever taken a bootcamp.

Here at the ABCs of Attraction, we get tons of questions about dating and relationsips, so I’ve decided to start giving dating advice loud, proud, and publicly with dating rules in mind, not just to reduce the number of similar questions in my inbox, but to also inform the masses what I find to be the best ways to handle awkward situations.

It’s the age old question and one of the most contested dating rules-who should pay for a date, the guy or the girl? The answer seems simple to most chicks, “The guy, like, totally should pay, because he’s like, a guy.” Most men, on the other hand, seem at a loss once the check gets dropped off. To properly answer this question I need to go into some history of dating rules, so bear with me, I promise to make it worth your while with the dating advice.

There are two sides to this what I would call “hot topic” argument and most requested piece of dating advice. On one hand, women (and I don’t mean to generalize but for the sake of this article I will) like to tout equality; equal pay, a female president, rights for maternity leave, the list goes on, but somehow when the end of the meal comes and the check drops, so do most females’ independent thinking about dating rules. For them the question of who should pay for a date is a no-brainer: the man.

The reason for this is that, historically speaking, it’s the man’s “duty” and considered one of the top dating rules to treat the woman to the meal or drink. This gesture somehow proves that he is a dominant figure who has the means to support said woman in a long-term situation. Initially, men were considered the main and for a while, only, bread winners in a social setting. As soon as a woman got married, she quit her job, settled down, had kids, and sent the husband off to work to support them. It was expected and widely accepted that the man would take care of everything. It only made sense to give out dating advice that dictated men catering to women. 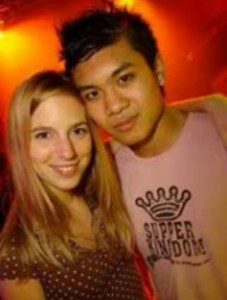 As the case for who should pay for a date has evolved over the years, a lot of women simply have not, and gladly so. But, in a negative sense, it’s almost turned into a favor system in that if a guy pays for the date then he is somehow “owed” something in return. Adversely, the girl feels somewhat responsible or indebted to him because he paid for the date. I’m trying to say this in a nice way, but most of the time the favors equate to something sexual like a good night kiss, more time on the date, or something more. You see this more apparently at a bar when a guy buys a girl he’s just met a drink, he thinks he’s essentially buying more time with the girl. Most of the time she deserts him in the end. There was no incentive for staying with him. She got what she wanted.

This is almost the modern day system of bargaining for sex or affection.

Yes, it is. But it’s also true. Don’t you, as a man, feel like you’ve done a huge favor for this girl you’ve just spent two hours eating dinner with after meeting her in a club for half an hour and number closing her if you pay for her meal and follow all of the dating rules? Do you feel like she should be grateful and thankful for it? Do you, perhaps, even feel like you deserve at least a kiss? Doesn’t she OWE you?

In actuality, with this type of attitude and apparent lack of skill since you’re using dinner as a bargaining weapon, you don’t “deserve” anything.

Now, call me new “agey” in my view of dating rules (but please not old aged) but quite frankly I always at least offer to pay for half of the check. It might be my friendly, midwestern upbringing, but, a) I don’t want to be indebted to a guy, and b) I like the guy to see me on an even playing field. But that’s just me. This solves both the problem of these metaphoric “debts” as well as alleviating what usually turns out to be an awkward situation when the check comes. So, for any ladies who happen to be reading this, cough it up (the cash, I mean) because more often than not, my date insists on paying anyway and in the end, I come off in an even more positive light without having to squirm over who should pay for a date. 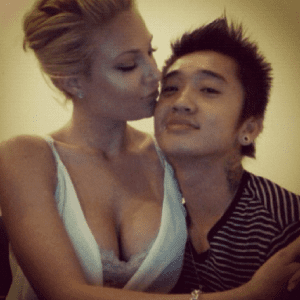 Now to get to the root of the issue over who should pay for a date: in these modern times it only makes logical sense that the dating rules should change and the brunt of the bill technically should go to he or she who asks the other person out on the date; but more often than not, this responsibility falls towards the guy.

Let me drop some dating advice on you: to avoid having to pick up the check for a disappointing date with a girl you don’t know very well, simply don’t go on expensive dates. Shockingly, this doesn’t occur to most guys because they think that dating rules dictate that a first date is the time to “shock and awe” a girl with some elaborate dinner. But think of the time and money you could waste with someone you don’t know very well. Initially, invite her on a low time commitment, low price date such as a gallery opening, frozen yogurt, or even mini-golf. If that goes well, you can transition into a more serious date activity like grabbing a bite to eat or a drink at that cool bar that happens to be two blocks from your pad. Activity dates are more fun initially and help relax a nervous situation. Also, if the date starts to go south, you won’t have to invest more time or money than is necessary before making a polite exit.

Another tactic to use is to “shit test” the girl when the check comes. This is a tactic employed by our own ABCs of Attraction coach Ben J. Once the check drops, if she makes a move to grab her purse, wallet, or makes some immediate intention to pay, go ahead and pick up the check. However, if she sits there prettily, with a face full of expectation-suggest that you split the check. That is, unless you like her that much, then my all means, make your own judgment call. Sometimes girls run this test too in that they’ll only offer to pay if the guy offers first. I know, very time consuming and silly, thus is the whole essence of topsy-turvy dating rules. 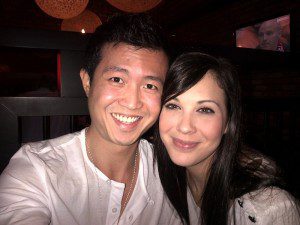 Wrapping up, here is a quick review of some parameters to follow:
-If you asked her on the date, expect to pick up the check.
-If she was any combination of rude, inattentive, entitled, or just plain hateful, by all means, suggest you two split the check to call it even.
-It’s ok to take the girl up on the offer to pay for part or all of the date. Follow up with a promise to get the check on the next one (this means she probably likes you).
-If you can’t afford the date you planned, don’t bank on her offering but….
-Don’t be too cheap!
-You can also ignore all of my dating advice and go with your gut. That works too, sometimes.

Playing the dating game is hard work. It’s even harder if you’re just not sure what you’re supposed to do. If you’re totally lost with these guidelines or don’t even know how to ask a girl out in the first place, get the First Date Formula – it’ll be your complete guide to having an incredible first date with ANY girl!