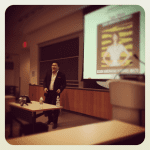 It’s become a time honored tradition for me that on each Valentine’s Day that I’m an invited feature speaker at an Ivy League university.

First it was Harvard University, then Yale University, and later the University of Chicago. This year, I was especially proud to be invited by the University of Pennsylvania’s ASPC organization to speak on my role in Wesley Yang’s “Paper Tigers” article and bringing to the forefront issues of Asian masculine identity at the Wharton School of Business.

I wanted to speak about the future of positive Asian male role models and what was currently holding Asian men back, what I called the “dating bamboo ceiling.”

While you watch and read, read along with my UPenn slides here ===> DOWNLOAD WHARTON EDUCATIONAL SLIDES

The Future of Asian Role Models: JT Tran at Wharton Business School of University of Pennsylvania (1/7)

But more than that, I started talking about the stereotypes that women have of Asian men. What brings this to mind was a survey, “The Image of Chinese Men in the Eyes of Western Women”, and how Caucasian women living in China and what they thought were the positive and negative traits of Chinese men.

It’s a pretty brutal dissection so if you’re ultra-sensitive to criticisms or take it personally, I don’t suggest you read any further.

For me, however, I take it as an opportunity to create a constructive dialogue that encourages us to be more attractive, and ultimately, better Asian men. Because, I hate to say this about my fellow Asian brothers there is a kernel of truth in how these women think of Chinese men and I think it translates fairly well to Asian-Australians, Asian-British, Asian-Europeans and Asian men in general.

Fight the Bamboo Ceiling by Succeeding at Job Interviews: JT Tran at Wharton Business School of University of Pennsylvania (2/7) 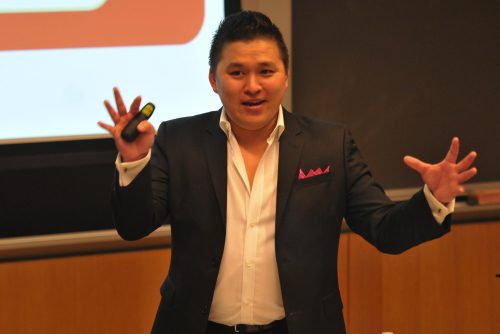 I don’t know about you, but reading that list certainly got MY blood boiling. If you’re anything like me, the idea of being judged that way by people would be humiliating and completely shameful to me. But again, there’s some truth to it that a lot of guys (Asian or otherwise) who get into the Seduction Community can learn from.

Pickup Artists as Part of the Asian Masculine Identity: JT Tran at Wharton Business School of University of Pennsylvania (3/7)

First, let’s start with Stereotypes Sunny Side up, the positive things that white women think of Asian men. We look after our family, we spend money, and we have serious relationships. Now, some of this stuff is good, but it’s also a backhanded compliment, especially if those of our audience who are in the Pickup Community.

Let me explain for the PUA-uninitiated.

Every single one of the positive characteristics all fall in the Survival spectrum of attractive attributes. See, in grossly simplified terms, the attractive qualities that a man has falls into two categories: Survival and Reproductive.

Survival Value means that the man has the resources, time, and skills necessary to take raise of a woman’s children. Note, I said HER children, not necessarily your own. Various nationwide studies have shown that the cuckoldry rate (ie the rate by which women deceive men into raising another man’s offspring) ranges from 10% to as scandalously high as 30%! [Anthrolopogist Kermyt Anderson]

What’s The #1 Negative Stereotype Women Have of Asian Men?: JT Tran at Wharton Business School of University of Pennsylvania (4/7)

Now, obviously I’m not suggesting that in China and other Asian countries that this kind of rampant infidelity and cuckolding is happening or if in fact that’s what Western women think of Chinese men. If anything, the reverse is true where in countries like China and Japan, the idea of a husband having a kept side mistress is considered an open secret.

Reproductive Value, again in grossly simplified terms, are the male displays that overtly show that a man is good in bed and would pass on good genes. Yes, this does include good looks, muscles, and height, but it also encompasses creativity and intelligence (think musicians, artists and cutting-edge entrepreneurs).

So what the study says to me is that while we Asian men have Survival Value in the eyes of women, we are low on Reproductive Value. This is what I call Passive Value.

What Makes a First Date Good or Bad?: JT Tran at Wharton Business School of University of Pennsylvania (5/7)

Passive Value is the constant, 360 degree display of attractive characteristics that work for you constantly whether you’re trying or not. These are things like fashion, hairstyle, etc. Active Value on the other hand is value and attraction you generate only when you’re talking to and engaging a girl, in other words your conversation, banter, and stories.

Think of it similarly as the difference between having Passive Income (which works for you all the time making you money) and Active Income (when you have to clock in to make money).

Too much of the seduction arts and general dating advice focus on raising a man’s Active Value, to the detriment of many, especially Asian men. Now, I’m not saying you as a man should ignore this essential skill. Far from it, if you noticed, one of the negative traits was “No personality and lacking unique opinions.”

How to Plan a Great First Date w/ the L.A.T.E. Method: JT Tran at Wharton Business School of University of Pennsylvania (6/7)

Conversation is still a vital component of the courtship ritual and mating dance.

Rather, look at the negative attributes which almost ALL fell into the lack of Reproductive Value (ie sexual Passive Value):

In Asia, there are different standards of male beauty. Overseas, the emo, androgynous look is popular (especially so in Japan). I realize I’m overly generalizing here, but there is definitely a noticeable trend especially if you follow the popular Jpop or Kpop. Unfortunately, we live here in the West and so even ALL Asian American women loved that look, that would mean we were only attracting 5.2% of the population (as of 2009).

Q&A with the Asian Playboy: JT Tran at Wharton Business School of University of Pennsylvania (7/7)

Let’s take a hypothetical example. Let’s say we were at a speed dating event with 100 American women, only 5 of the Asian females there would find us attractive, potential mates. I won’t even throw out the 1 out of 4 Asian girls who out-marry to someone other than Asian. We’ll keep her in the dating pool since we’re talking dating, not marriage If we want to be generous, we can say anywhere between 10% to 25% of the American women like the emo look.

So, at best, by adhering to Eastern standards of beauty and behavior, we will attract (or at least be in the dating & mating pool) of 30 women. While 70% of the women there will not find Asian men (or at least those who adhere to beta displays of sexual characteristics) attractive.

This seems overly harsh and is obviously a far-reaching, gross simplification, but it brings me to my real point. Because we have low sexual value in comparison to other men, the BIGGEST thing that an Asian Man can do to not only effectively compete on the same level as other men (if not surpass them), is to RAISE his Passive Value.

How Asian Men Can Get Out of the Friend Zone: JT Tran at Wharton Business School of University of Pennsylvania (PODCAST 1/2)

You do this primarily by improving your Physical Confidence, namely:

You can work on other things like bodybuilding and exploring your creative side and dance skills, but these are things you can do TONIGHT in order to make you instantly more confident and successful with women. I have several articles that explore this more in-depth and I’m going to address them in future posts.

Advantages That Asian Men Have in Dating: JT Tran at Wharton Business School of University of Pennsylvania (PODCAST 2/2)

Remember, what you see in these videos is nothing compared to what YOU can do with your unique style once you get the right instruction and practice. That’s what I can offer you in my in-field bootcamps.

After you watch these videos, go ahead and be sure to check out our upcoming bootcamps and come join us. Your success with women will change so quickly, you’ll hardly believe what’s happening right before your own eyes 🙂

Learn how our bootcamps will change your life right here.

In the meantime, while you’re still getting ready to take a bootcamp and supercharge your lifestyle, skillset and results to the next level, purchase my book “Modern Asian Man” which breaks down in painstaking detail the ABCDEF System.

You’ll learn the exact steps and phases of how to be more successful at attraction, seduction and dating. You will get to see how a very average looking, short, Asian guy like myself was able to achieve dramatic- almost unbelievable- results, without being either handsome or rich.

In fact, when you read my book and then go back and watch the infield video above, you’ll be able to see exactly how I went from being very unsuccessful with women to being able to make out with that tall, attractive blonde I met in under 5 minutes! 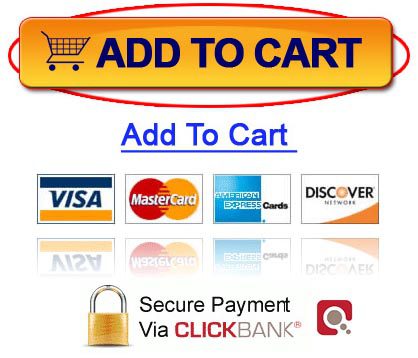 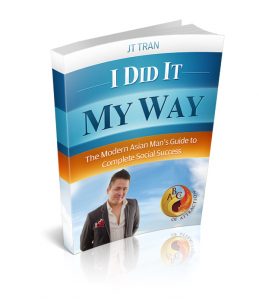 You get the 200+ page digital version of the book to download instantly (you’ll also get all future editions for free as well). This book is crammed with insights on just about every conceivable and controversial topic on race, romance and dating that no one else dares! 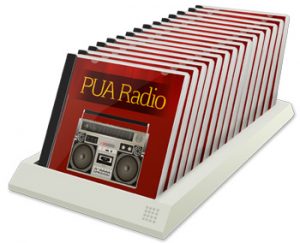 BONUS #1: If you buy now, you’ll get the entire ten (10) CD set of PUA Radio which contains literally hours and hours of discussions on the very best material, tactics, and in-depth discussion on: 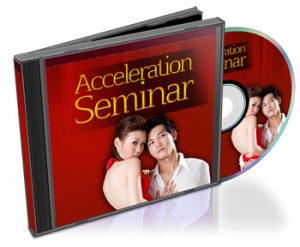 BONUS #2: Tired of falling behind as your friends date more women than you? Get the Acceleration Seminar CD that’s included with your purchase! Accelerate your confidence and RESULTS today with:

These bonuses are only valid if you purchase TODAY! 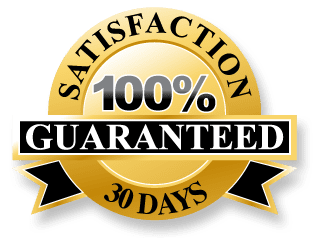 If you are dissatisfied for any reason with the book, you can request a refund NO QUESTIONS asked. Use the product and if you didn’t like it, get your money back within 30 days. We’re THAT certain you’re going to love our digital products!