What IS an Asian PUA?

Yes, we are Asian. And yes, we are interested in learning how to attract and date women of a higher caliber. But we are MORE than just Pick Up Artists that just so HAPPEN to be Asian.  There’s more to just being an Asian PUA…

You see, calling ourselves Asian PUA’s doesn’t truly reflect the nuances of what we do and teach. 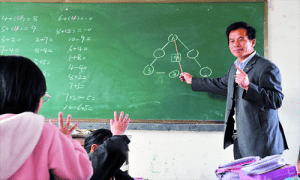 Rather, it is simply a label that people can easily understand.

But you are so much MORE than that…

Or at least you SHOULD be.

So let me break down the differences between being a PUA that happens to be Asian, and truly being an Asian PUA, so that you can figure out where YOU fall, and where to go from here.

I want to preface this by saying that a LOT of the things that I am going to say about PUA’s that HAPPEN to be Asian describes them as selfish or self-interested. PLEASE do not misinterpret this… It is NOT a bad thing.

Rather, it can BECOME a bad thing if it stays like this forever. Instead, take this as my clarion call and challenge to YOU to do better by yourself. To rise above yourself to be your BEST self.

When people start out, it is almost a necessity for them to be selfish and self-serving in order to grow in the ways that the need to. As they mature as PUA’s and as people, they can start extending themselves to assist their fellow Asians and the world in general.

That disclaimer being said, lets continue on to the differences between an Asian PUA and a PUA that just so happens to be Asian.

The bottom is that, in order to consider yourself an Enlightened Asian PUA, you need to be focused OUTWARDLY, constantly striving to better the world around you, be it through promoting positive Asian representation in media, breaking Asian stereotypes for each and every person that you encounter, or even helping your Asian brothers overcome any self-limiting beliefs that they might have.

I don’t expect you to be “Jack” right away. In fact, as I already stated, most people MUST go through that phase when first entering into the world of pick-up/self-improvement. The important thing is knowing when you are ready to switch over from being selfish to being self-less. Do it to EARLY, and you’re setting yourself (and those that you prematurely attempt to “teach”) up for failure. But, do it too LATE, and you’re just being a lazy ass.

No pressure or anything 😉

If you recognize yourself as being more of a “Dan” character, ask yourself what you need to do to get yourself ready to start helping out others and extending the branches of your success.

If you see yourself as “Jack” already, just keep doing what you’re doing!