Are you ready to take on Hotlanta? At ABCs of Attraction, we love ourselves some Georgia peaches with that sexy Southern drawl. It’s one of our favorite places to go because it’s one of the few cities with a nightlife that rivals the legendary Las Vegas itself… with clubs that can stay open until five or six AM! Every time we visit, ABCs of Attraction sweeps the city like a storm and delivers the top pickup artist bootcamp Atlanta has ever seen and we have the best PUA bootcamp reviews to back it up!

No matter what background or walk of life you come from, no matter where you are in your journey toward learning Game and improving your skills at meeting beautiful, sexually attractive women and taking them home, an ABCs of Attraction bootcamp is for you. Our in-field pickup artist coaching can help eliminate those limiting beliefs you’re carrying around and help you learn how to be a more confident Asian man. Don’t hesitate to check out the top pickup artist bootcamp Atlanta, Georgia has to offer!

Don’t believe me? Check out what one of our students has to say: 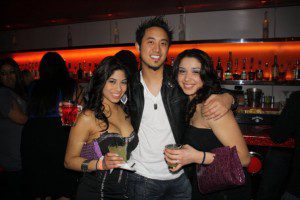 In short, I recommend his bootcamp. so read this with it in mind.

It has been several months since I had a Mystery Method bootcamp. it was an eye opener. Now with this bootcamp with APB, I could internalize some of the basic concepts of pick up. I feel that with each ‘bootcamp’ experience, I could go up to a next level, step by step. it might be because I was starting from very scratch.

Again in short, I think every bootcamp with decent reviews is worth the money.

Anyway, as an FOB Asian, one good thing of being coached by APB was that it was easier to ‘learn by imitating’.

He has a strong frame. so he will teach you his game. It felt like raw, I mean first-hand experience. His game was kind of a mixture of direct and indirect, but I could get answers about other kinds of game when I asked him. his theory was similar to Mystery’s, but a bit different. well, he was a student of Mystery after all, as he admits. anyway, so if you follow his game, I think you will learn. but if, during the bootcamp, you start messing his game theory with, for example, Gunwitch method (by the way, nice book Gun) and questioning him with something like which one is better and why he prefers his over other methods and keep being critical, I guess you get the idea, you’ll learn much less. well, the same for any other bootcamp after all. 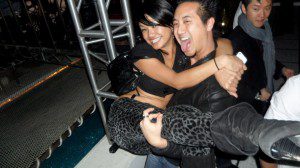 Read his posts and if you feel he has a better game than yours, my gut feeling is that you can go up one step or more with his bootcamp, considering my experience.

And he developed an opener based on my life. It was good.

Ok, now about APB himself as a coach. again, he has a strong frame. from what I observed, he is a kind of coach who will give you fish and taking it or not is your choice. so how much you’ll learn depends on how much you’re eager. That’s not bad. but if he is going to expand his business, my suggestion to APB is that it would be much greater if he ‘hooks’ and motivationally ‘seduces’ students into learning the game.

The three nights with him were great experience. one week later and now I feel the absence of a ‘booster’, the coach APB, but he helped me in making one step further.

By the way, to the MM crew, it’s not that I got nothing from the bootcamp and didn’t write a review. Don’t get mad. I recommend yours – period. 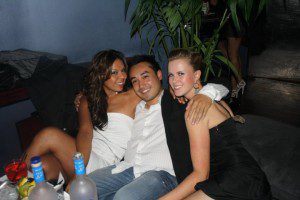 And… what I learned most from APB is this attitude:

I don’t give a shit. fuck off!

So, what’re you waiting for? How will an ABCs of Attraction bootcamp change your life forever? Will you eliminate limiting beliefs? Reduce and remove approach anxiety? Learn to walk with style, confidence and a new feeling of strength in who you are with the top pickup artist bootcamp? Don’t wait. Sign up today.