Becoming Jeremy Lin: Why Sports Are Good For Asian Men 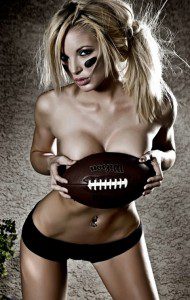 Hey there! JT Tran here, managing to squeeze in an article between bootcamps, work, and, of course, waiting for the next basketball season to start so I can get my Jeremy Lin on.

Were you watching Jeremy Lin last basketball season? Of course you were, right?

Well, good, because it’s good for you.

That’s right – watching, and especially playing, sports is good for you, as an Asian man, and will help you succeed in the dating arena when figuring out how to impress a woman. In fact, channeling Jeremy Lin will do a lot more for you than just getting some fresh air or improving your free-throw.

Let’s use basketball as our example.

In basketball, there’s you. You’re the new Jeremy Lin. You’re on your team. Then there’s them. They’re on their team. You are against them, trying to score the most amount of points before time runs out.

Are you with me so far, Jeremy Lin?

Now how does becoming Jeremy Lin help you with dating and figuring out how to impress a woman?

Have you ever played basketball? I mean, REALLY played? Have you ever said to yourself, “Screw Halloween costumes, I’m going to BE Jeremy Lin?” Have you ever wanted it so badly that you are pushing and shoving your way to the basket, taking a chance at a two-pointer and being rewarded with the “swish” sound of the ball dropping seamlessly into the basket? Have you ever knocked the ball out of a guy’s hands just to take it back to his court and toss a three-pointer into the air, praying it’ll be nothing but net? And, in the event that it isn’t (which, let’s be honest, guys, it’s probably gonna hit the rim more often than not), charging forward as hard as you can to get the rebound?

Maybe Jeremy Lin and basketball isn’t your thing – you’re more of a baseball kind of guy. Or soccer. Or rugby. Or tennis. Whatever. Any of these sports that make you challenge yourself to give it your all and be your best can help you tremendously in the dating arena and figuring out how to impress a woman. Why?

The drive that you feel when you’re channeling Jeremy Lin and trying to make a goal, basket, or point? Extend that to the dating scene when trying to score a home run and figuring out how to impress a woman. For example, let’s say you’re at a club, and some girl walks in and smiles at you. Right away, she’s given you a potential indicator of interest. Instead of immediately freezing up and letting other guys get to her, think of it instead as a competitive sport. 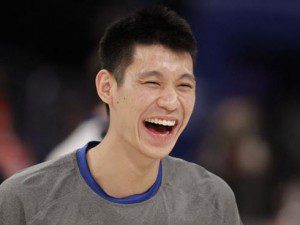 You’re on a one-man team channeling Jeremy Lin. Everyone else is against you. She’s the goal. What kind of plays are you going to do to get her number? You formulate a plan, but instead of figuring out if you’re going to take it to the hoop or shoot from the free-throw line, you’re going to decide upon your approach, body-language positioning, and compliance tests. Other guys won’t throw their hands in your faces or play defense, but they will try to AMOG you. In the sports world, you’d sidestep them; in the dating world, you’ll use AMOG-blockers to dodge their attempts at stopping you. Finally, after following your game plan and altering it as needed, you successfully figure out how to impress a woman and you walk away with her phone number.

There’s an adrenaline rush to be had when approaching, chatting to, and closing women. If you can feed off that energy in the game on the field, why not extend that to your game in the field?

Another reason why channeling Jeremy Lin and playing competitive sports can be beneficial to your dating life is simply because they are competitive. In sports, you have a very clear goal – make more points than the other team. How you do it depends on both your physical and mental capabilities. If a point guard like Jeremy Lin can’t get the ball to his teammates, they risk defeat. While he can hold his own, he needs to strategize with James Harden, Parson Chandler, Dwight Howard, and everyone else to have a chance at winning the game. They all need to maneuver around the defense in order to shoot while playing hard defense when their opponents are in their court. In this way, they are using social and physical cues and adjusting their strategies to best match what is happening around them.

The same goes for dating – you are reading social and physical cues from guys that want to be with these girls as much as you do. They are your competition off the court, and you have to formulate a plan to thwart the other guys gunning for your set. Come up with something you’re going to say beforehand – and think of as many possible scenarios as you can. See if you can’t find something that works for more than one (tooling is a personal favorite of mine, but feel free to get creative). Be able to look at the cues they are giving you; did they come off strong but can’t back it up? Prod them and expose their weaknesses, then use it to your advantage. Are they just hovering around, hoping to sneak in a few words? Use ABC’s BLP techniques to nudge him out of the way. By reading the cues they give you, you can play by your rules and make them hit the showers.

Last, but not least, playing sports does wonders for your body and mind, which directly transfers to the dating world. Sports are THE BEST workout programs out there because you ENJOY them. Do you enjoy P90X kicking your ass? Probably not. But would you enjoy a friendly game with your bros? Unless your last name is McScrooge, probably. If you’re out on the court, consistently playing several days a week, you will be more physically fit than if you were to sit at home on the internet all day, and being physically fit puts you one step closer to figuring out how to impress the ladies. That might be a no-brainer as far as workout programs go, but how many times have you gone to the club thinking that you could be in better shape, and you assume everyone else around you agrees? Playing sports and being active with your workout plan also creates endorphins – neurotransmitters in your brain that make you happy. (Ever taken a look at Jeremy Lin’s face? Seriously, bro seriously looks ecstatic to be playing ball.) Your positive attitude will most definitely rub off on everyone you talk to, making people want to be around you more (and yes, this applies to the ladies as well). 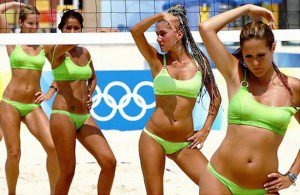 As you can see, sports can help your game in many ways. Competition is key – while it can be daunting, frustrating, and nerve-wracking, it will also bring out the best in you. It will make you a better man and your future girlfriend will thank you for it. So gear up like Jeremy Lin for the next season and practice your free-throw, because it’s time to get serious about your love life.

And if you’re looking to bump up your game in ways that even the best sports workout programs in the world can’t accomplish, check out one of our world-famous PUA bootcamps, where I’ll kick your ass into dating shape.