What Women Think of Asian Stereotypes: The Nerdy Asian (1 of 4)

There are many various reasons that girls ignore an Asian guy, but I compiled a list of the eleven most common stereotypes that I hear. I’m not all about negativity. On the contrary, there are certain stereotypes about Asian men that actually drive women WILD (click here and here to see them). I even have several female staff members who exclusively date Asian men. There’s hope for us Asian guys in the world. 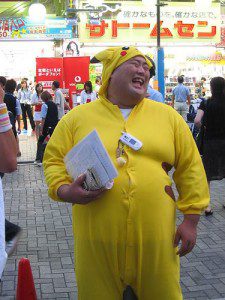 Seeing as how anime started in Asia, it’s only fitting that an incredibly common archetype of the Asian male is the anime nerd. He’s the nerdy Asian guy who is in his own little world, face buried into a $10 manga bought from Barnes and Noble or reading a photocopied, translated version on his laptop during class. The nerdy Asian has a Dragonball action figure on his bookshelf… and hundreds more in display cases all over the house. He goes to conventions to see the voice actors for Naruto and basically orgasms every time a new Pokemon game comes out. Even though there are plenty of men in other races who fit this category, Asian men have been pegged as this simply because their continent of origin are one and the same.

Need I even SAY that the nerdy Asian guy does not equate with a sexy Asian guy? Anime, video games, and other forms of entertainment commonly found in your local comic-con or anime-expo aren’t always known to resonate with your every day type of woman. While there are certainly girls to be had at these conventions who are, in fact, up this alley, the ones you meet in the club or out and about aren’t going to be too keen on a nerdy Asian talking about your Star Wars collector mugs when Lady Gaga is on blast. If she has that Asian stereotype of you and sees you trying to hit on her, she’s not going to feel that you have anything in common and will put the brakes on it before you can mention how much you dislike all things nerdy.

I’m going to say this as nicely as possible – don’t be a typical nerdy Asian (or at least don’t let on how nerdy you are). Don’t let yourself fall into this Asian stereotype. This isn’t to say that you shouldn’t be yourself or to be dishonest, either. People in general don’t need to know everything about you right off the bat. You wouldn’t tell a girl your embarrassing secret about your bedwetting until you were 14 years old, would you? It’s not dishonest to keep that to yourself… so keeping your Yu-Gi-Oh cards hidden isn’t going to kill you either. In general, though, I’d advise you to leave the toys of childhood behind and man up before trying to do anything with women, which, simultaneously, will eradicate this Asian stereotype of you from their minds. BE her sexy Asian man!

If you’re like the 66% of Asian-Americans in this country, you’ve immigrated to the US from China, Japan, Korea, Vietnam, and everywhere in between. That being said, it’s pretty unlikely that an Asian immigrant speaks English as his first language.  As such, he sports the all-too familiar Asian stereotype, the “Fobby Accent.” Fobby accents often go hand-in-hand with the nerdy Asian stereotype. These fobby accents aren’t attractive to most girls. I could count on one hand the number of women who love Asian accents. Fobby accents definitely don’t equate with a sexy Asian guy for most girls–this is pretty much a fact unless you happen to be English-born/Hong Kong raised (although we did have a student once with a sexy Viet/French accent that always wooed the ladies). Girls will assume that, since you have an accent, you will not speak English very well and therefore will not understand her and her culture.

Let’s face it – girls talk. They talk about their hair. They talk about their friends’ hair. They talk about their car, their phone, their annoying coworkers, their dog’s toenails, their upcoming test, their mom’s gall bladder surgery, that tree in their front yard, and anything else that strikes her as relevant. As such, they want you to be able to keep up with all this, let alone understand all of it. If you approach a girl and the first thing out of your mouth is a muddled up, fobby-sounding version of some pickup line that barely works anyway, she’s not going to be impressed and assume any misunderstandings are due to irreversible cultural barriers – not a great way to start off a relationship.

If you are an Asian guy without this accent, you can overcome this Asian stereotype pretty easily – just open your mouth and say something. She’ll realize you speak flawless English just by listening to you. If you happen to speak English with an accent, you can avoid playing into the fobby, nerdy Asian stereotype if you emphasize body language and packaging your own stories to help her see past this particular Asian stereotype. Use smaller sentences to avoid confusion with harder words if you are just beginning to learn English. My advice is always to use a kamikaze opener – one student of mine had the English of a child but the heart of a fobby lion. One day, I told him to go up to a drop-dead gorgeous woman and say to her, “You are fucking adorable.” Those four words got him a conversation and phone number. Keeping it short and sweet is the way to go! Fobby Asian guys CAN be sexy Asian guys… if you learn how. 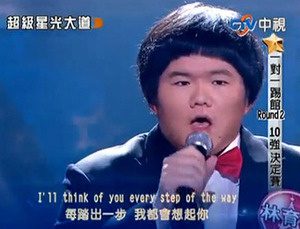 Japan and Korea are known to have cutting-edge fashion and hair. They rock out on billboards by the hundreds with killer styles, luscious locks, and smiles that would blind a lesser being. The American counterparts, on the other hand, just don’t seem to have it mastered like them. Also associated with the nerdy Asian stereotype, Asian-Americans are renowned for the toilet-brush hairstyle or the bowl-cut, nerdy glasses, and clothes that look like they belong in the ‘90s. Why such a schism exists between the two nations is anyone’s guess, but the fact of the matter remains – many girls think of us as geekily-dressed, nerdy Asian fashion disasters.

It just isn’t sexy. Period. Both hairstyle and fashion say a lot about a man sexually and socially. A walking fashion disaster would only be a sexy Asian guy to the most sadistic and self-effacing of women. You don’t want these women. If you can’t bother to spend 10 extra minutes getting ready, how could you possibly take care of a high-quality girl? You couldn’t blame her for this negative Asian stereotype if you just played right into it. This goes for basic hygiene and proper dental care as well – make sure you’re doing everything you can to be taking care of your teeth, gums, and all that good stuff (this will help out when you eventually kiss the girl you’re targeting as well). Also, if the girl you like is out and about, dressed well, and has fantastic style, she isn’t going to want to hang on a guy’s arm when that arm is poorly dressed. She’s going to think that if you don’t feel you’re worth putting effort into, then you won’t put any effort into a relationship, either.

This one is easier than you think – just get a better haircut and spend a few bucks on a new outfit or two. Believe it or not, it’s not difficult to keep up appearances. Simply going to a mall and looking at the mannequins or doing a Google search on “how Asian men should dress” will give you an idea as to what will look good on your body type. I have actually written another article on what hairstyles look good on Asian men and tips on how to dress for success . I’ve even compiled one on why looking good beats being good-looking. If you’re an Asian guy who takes care to make himself look good, you can be the sexy Asian guy of her dreams. So, while looks aren’t everything, they will get your foot in the door… and possibly something more!

These are just the first three of eleven Asian stereotypes women tend to have. Look for the next piece of this four-part series, coming soon, where we’ll discuss Drones, the myth of the Asexual Asian, and Predators. The best way to beat these Asian stereotypes is to show beautiful women that Asian men are not at all what they expected.