PUA Routines Review: Are They Magic Bullets or a Fraud and Scam? 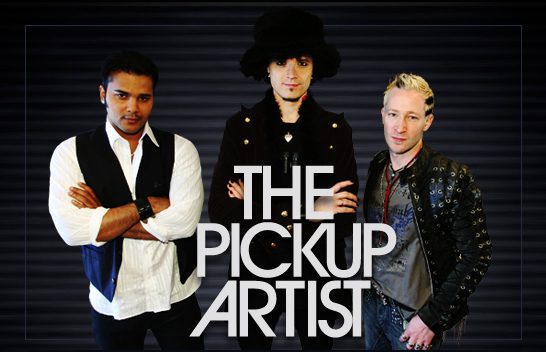 The use of PUA routines and stacks has its advantages and disadvantages. For the moment, let’s assume that this social tool is about enhancing the appeal of your inherent personality and not creating a script to playact a personality (although an argument can be made on both ends of the spectrum).

Instead, I want to shed some light on what can be a very useful tool, but all too often people make the mistake and believe PUA routines that they learn from handbooks are magic bullets or cure-all.

Firstly, what are the advantages? Well, if you are not a skilled conversationalist, someone who is not used to flirting, it can get the ball rolling.

For example, what do you if you don’t know what to say to get her laughing? Why, you can pull out the “Rock, Paper, Scissors” routine (which you can see demonstrated in the video below). This PUA routine is practically guaranteed to make her laugh and is indeed one of many magic bullets.

You can stack routine upon routine in order to mimic the same flirting and seduction behavior of the best Pickup Artists and Naturals out there. And these canned routines are usually very good at pumping up Buying Temperature and the girl’s emotional receptivity.

In this way, the PUA routines that you learn from handbooks and the video below can be very effective at creating attraction in a woman and continuing the conversation with her when you don’t know what else to say.

PUA Routines: Laugh Your Way into a Woman’s Heart (and Pants!) 1 of 2

Except… there are disadvantages to that. Most people aren’t congruent with routines that pickup artists use.

Instead of enhancing their own inherent personality and intellect in a holistic sense that the ABCs of Attraction advocates, they end up feeling like a fraud or scam artist. They’re telling someone else’s story in order to create that flirting behavior. They can’t pull off that system. This is especially worse for those who aren’t used to story telling. They stutter, forget what they’re saying, and so forth.

Instead of being magic bullets, what they learn in PUA manuals becomes a scam. Thus, a Catch-22.

So if you’re not used to talking, socializing, flirting, love and dating, you can easily get caught in the trap of coming off as “fake.”

Yet another thing to consider, for those in the total anti-routine, anti-pickup artist camp, is that all Naturals use routines. It’s just unconscious to them. Most of the Naturals I’ve hung out with, have the coolest stories, but hang out with them long enough, and you’ll start hearing the same ones over and over again.

But if you try and come up with your own material and you aren’t successful, the first five minutes of the approach (or even the date) come off as very stale and boring.

There isn’t an easy middle ground and it’s up to you to find out what fits into your personality.

There’s a Spontaneity Exercise that I do with students that quickly ascertains how well people do when it comes to talking, flirting and story telling. Based off of that, I try and steer people down one direction or the other.

If they don’t have the “Gift of Gab,” I usually have people tell me something funny or extraordinary from their lives. Then we try and base or steer the conversation according to that whenever they’re socializing so they have something interesting to say and are comfortable with it.

Decide where you’re at and work on that. Once you become really good, you can give up canned routines and work on things that are natural and congruent to you. By practicing social interaction in real life, you won’t have to spend time learning PUA routines from handbooks, desperately hoping for some magic bullets. Instead, you’ll be able to naturally bring forth your own natural, attractive personality.

Seduction isn’t easy. There isn’t a “One Size Fits All” Dating Guide (although my “I Did It My Way: The Modern Asian Man’s Guide to Complete Social Success” textbook gives it a good shot by being a “bootcamp-in-a-book”)

Figure out where you’re at, skill level and lifestyle wise, and work on that. If you’re not a good conversationalist, crib some routines, get out there, and socialize until your social savvy goes from Idiot to Mensa.

If you’re already good, start fine-tuning all that behavior, getting rid of bad habits and implementing good ones.