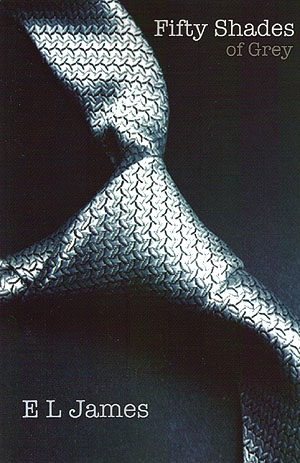 To give everyone a frame of reference for my reading tastes, my interests range anywhere from classic literature, plays, magazines, all the way over to Twilight (I’ll get back to this in a second). So, it was with little trepidation that I picked up (or rather, downloaded) a copy of Fifty Shades of Grey by E.L. James. To be honest, I was pretty excited to see what all of the hype was about. However, nothing could mask my utter disappointment in what I can only sum up as a total lack of personal experience, fact verification, and reality on the author’s part.  Fifty Shades of Grey was to me, quite the disappointment.

To begin, Fifty Shades of Grey has a main heroine-and I use this term loosely- Anastasia Steele is a twenty one year old college senior who, in the context of this book owns no computer, email address, and hardly ever touches her cell phone. Additionally, Anastasia or Ana as she is sometimes referred to, has made it through college while maintaining her virginity, never getting kissed, and never getting drunk. Her roommate Kate Kavanaugh (alliteration!) is the sexy, strong-headed best friend who seems to have somehow failed Ms. Anastasia Steele in not giving her any morsel of life experience as an adult, living on her own, and attending school. I’m not buying it. Aside from the complete and utter lack of believability in this girl’s circumstances, enter the book’s protagonist and main romantic interest, Christian Grey. As the story goes, Christian soon woos and wins Anastasia Steele. He takes her virginity and soon consumes her life. 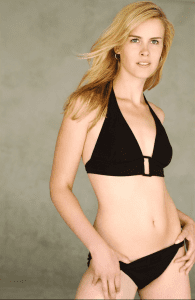 Secondly, I feel that Christian, as an older more experienced man, took undue advantage of Anastasia by taking her virginity with no intention of actually engaging in a meaningful, romantic relationship. He ultimately strong-arms her into accepting his terms, conditions, and BDSM lifestyle. This proves to be disastrous because Ana wants hardly more than a fairytale romantic relationship with Christian. As the story progresses, Ana begins to questions who she is as a person, alienates herself from friends, and bends over backwards for this man. As a girl who has zero dating or sexual experience, the results of her meeting Christian were doomed from the start.

As far as the “graphic sexual scenes” described in the book, I wasn’t shocked (I’m not sure if that says anything about my character or not). The chapters and interactions travel on in a very concise pattern as the story unfolds. Christian and Ana meet up, they can’t help themselves, and have sex-three times and then it repeats in this pattern, chapter after chapter until I found myself just skimming through the sex parts just to get on with the story and get through this book!  Shades of Grey?  Yeah right!

Author E.L James is very British and the language definitely hints (or hits you over the head) at it. The setting is Seattle and Vancouver but they refer to a movie theater as a “cinema” and the characters are constantly saying that they are very “pleased” and that they need to “fetch” something. I feel that had E.L James given a draft over to an American friend, all of these little misuses of Americanized English could have been avoided. They took me out of the story and also confused me at the beginning of the book because I was trying to figure out if it was a Canadian turn of phrase in Fifty Shades of Grey.

I can see the allure of Fifty Shades of Grey. Certain demographics such as the housewife or inexperienced college girl (much like Ms. Anastasia Steele) would dive into this book and not come up for air until they’ve read the entire trilogy. Since this is fan fiction, deriving from the Twilight franchise, the similarities and fanatic interest are clear. Books are after all, a way for people to escape and imagine another world of their making. This story allows women in particular to imagine a world where a rich and handsome man would woo them away to experience things they could never imagine. Ana is depicted much like Twilight’s Bella Swan; unremarkable, average looking, innocent, and primed to play the victim. Only when she meets her Edward Cullen, or in this case Christian Gray- does she develop a stubborn streak or any original thought. My main gripe is the vehicle in which Christian uses to get what he wants as well as the murky portrayal of what an actual BDSM relationship is like. But, women respond to the idea of men being in control. Even some of my most staunch feminist friends have picked up these books and admitted the allure is there.