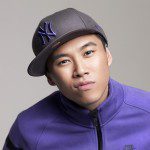 Over the years I’ve dispensed tons of useful information for Asian men – but I haven’t shared as much of my thoughts on dating advice for women when it comes to meeting Asian men.

So this time, I’d like to give my female readers some friendly tips on how to filter out the great men from the bad boys.

Today, we’ll discuss the Bad Boys. The sexual appeal of the bad boys are that they provide the kind of emotional stimulation and excitement that nice guys don’t. Not only can bad boys keep attractive women on their toes (as opposed to nice guys who just kiss the girl’s ass), but each woman has an inherent need and desire to “fix” said bad boy. Bad boys make the woman both secure (in her desire to fix him) and insecure (the excitement and uncertainty) which makes for a heady cocktail of romance and sexual attraction. 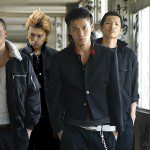 Nothing takes the wind of a girl’s sails faster than stagnation and boredom, and there is one thing the sexual archetype of a Gangster can provide in bushels: danger and excitement (There are two tiers of Asian men who are gangsters – the thug and the high-level triad.)

It’s the job of a gangster to intimidate, and the sense of power you feel while hanging on his arm anywhere you go will be a rush.  But this lifestyle isn’t without its pitfalls.

When you date an Asian thug you’re most likely not just dating him – you’re dating his homeboys as well, so I hope your mommy taught you how to share!

Be prepared to be in bed with this bad boy one moment, then have him leap out of bed and out the door with his gun, because some rival gangbangers beat up or shot his homie.  And if you like the attention of being a sexually attractive trophy girlfriend to a high-powered Asian triad gangster, remember that bad boys aren’t known for their loyalty, and you most likely won’t be his only girl – Asian or non-Asian – to be hopping in and out of his bed. 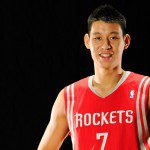 This one was actually a tossup. Before Jeremy Lin amazed the world as the clean cut, religious, educated and humble basket ball player, the BBaller bad boy sexual archetype was the cocky cock of the basketball walk.

If you’ve snagged a Harvard-educated NBA prospect/player like Jeremy Lin, then you’re quite possibly one of the luckiest girls around.  Sports enthusiasts are often great men. You may want to pursue things further with your B-Baller, of course at the risk of all the groupies that lurk in hotel lobbies of every town he visits during away games, hoping to seduce these bad boys.

Hey – that’s the price you pay for your brush with fame.

But if you’re dating some lanky Asian guy who spends all his time performing spin-moves and jacking up 3-pointers at the local ball park – consider moving on.  There’s a reason those college and pro scouts haven’t called this bad boy yet. 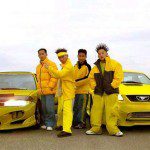 These Asian bad boys are a version of the ‘muscle car gearhead’ sexual archetype – except he spends most of his time and money on low-powered Japanese cars, trying to make them look meaner and go faster.

Racing is everything to these bad boys.

The bad boy will invest his time and money into his car the way a wealthy woman fawns over her favorite Chihuahua, buying it diamond-studded collars and plush pillow beds. Remember that he could be spending this money on trips together to Hawaii and Vegas – so unless speed turns you on immensely, or he has the means to fix up his car and devote the rest of his resources on you, you might want to consider bypassing this guy. 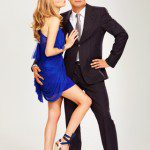 Now I know that all women who are looking to settle down want a man to be able to provide for them, but some like to take it a step further and find a sexually attractive man who can provide for their every whim.  I understand the appeal of the notion: who wouldn’t like all their basic and worldly concerns and needs taken care of?

The good news is that when it comes to Asian men, your chances are fairly good when it comes to finding a single guy with a great career that pays him the big bucks. A nice guy with an enormous paycheck, spoiling you rotten – sounds fantastic, right? What could possibly go wrong, there? But believe it or not, there’s a fair bit of invisible ‘fine print’ in this romantic ‘social contract’ with these bad boys, that isn’t apparent from the start.

Since the Sugar Daddy controls all the money, he essentially controls the relationship and you don’t really have a choice in the matter – or any other matter.

That means he can potentially choose where you eat, sleep, live, and anything else the bad boy so fancies.  He may bend a little and grant you some financial and personal autonomy as long as you remain on his good side, but if you’re not up to his standards he can take away as readily as he gave at the beginning.

Remember that he can essentially ‘buy’ other girls just as easily as he ‘bought’ you – the money is essentially a long leash, and just because his bank account is stable it doesn’t necessarily mean that your footing with him will be that way as well.  Really great men don’t have the sugar-daddy’s need for control, (See part 1 of this series, Great Men, the Millionaire) but his insecurity leads him to keep a tight hand on the leash. So be prepared to skillfully navigate the minefield of his whims and emotions to maintain a relationship with an Asian Sugar Daddy – or risk significant emotional stress and unhappiness. 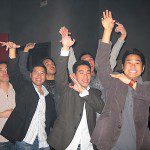 Pledging. Keggers. Parties. Sororities. College life is already packed to the brim with social hoops to jump through, but frat boys make it all the more complicated. When a guy joins a frat, he’s not just joining a house full of brosephs who want to play beer pong all night. He’s…well, that’s pretty much exactly what it is. But the idea is that the fraternity means everything to them, and they will do whatever it takes to maintain that new-found brotherhood for life.

Say you agree with this brotherhood and think his friends are good guys, not Bad Boys. What’s the problem?

Well, with all his new bad boy priorities, like being responsible for holding events, parties, and dances with other frats and sororities, he may not have the time for you that he once had. Your relationship will be put on the back-burner while he parties with the bros. College boys grow up into great men, so if you’re not looking for anything serious, it may appeal to you, but don’t try to take it past casual dating until after you both graduate. 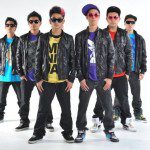 Many women LOVE a man that can bust some serious moves on the dance floor.  It shows that he is in tune with his body, and that can potentially mean that he’s an All-Star in bed.  But unless you yourself are heavily in that scene, I suggest that you find a guy with a more stable lifestyle, who knows enough about dancing that he won’t embarrass himself on a dance floor.

These BBoys are passionate about dance, but you’ve got to understand that it’s also an unofficial brotherhood – this lifestyle, with endless studio/practice sessions, literally takes up their entire life. 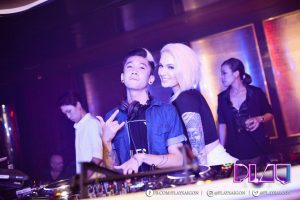 I also understand the appeal of the DJ because I’m a regular on the party circuit. After all, how many people can move an entire crowd with a beat and a few flicks of the wrist? But DJ’s are a dime-a-dozen these days – anyone with an iPod, remixing software, and a colorful pseudonym can call himself one.

I mean, come on – even Paris Hilton dabbled in DJ’ing!

Also consider that the DJ’s work environment is chock-full of attractive women who may gun for Asian DJ bad boys – you should only try to date these bad boys if you are confident that you can handle the emotional insecurity that goes hand in hand with your job of being his girlfriend. 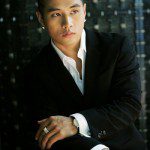 A user is simply that – someone who will use you for their personal gain. Be it monetarily, romantically, or sexually, he will do what he can to squeeze the most out of you. While this can be a man of any race, there are Asian men who are users out there so it’s imperative they are on this list.

A special way Asian bad boys  can practice their office is by using you for your race.

Many girls who profess their love for Asian men have encountered the “White fetish” Asian man, who not only prefer White women but go as far to worship the ground they walk on simply for their race. Now, Asian Playboy does love all women, but they don’t get to sit on a sexually attractive pedestal for their race. The Asian race-user feels that way – the White women is better than Asian women and will use her race to elevate himself. In this manner, the bad boy can climb the invisible racial hierarchy – or so he hopes. 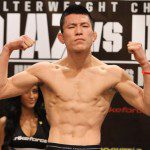 This guy is the bad boys close relative of the Asian Musclehead, except he packs a helluva punch.  The most obvious appeal of the Asian MMA guy is his ability to physically protect you, but another downside is that he could potentially turn his extreme physical prowess on anyone who gets in his way.

Fighters in general aren’t known for their restraint and patience, and their impulsive, reactionary, and almost animalistic instincts can backfire badly on him, and possibly pick fights when none is needed.

Tread with caution – and have fun with these Asian bad boys if you want, but do not stick around for too long, or at least when he is in a sour mood. 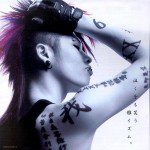 The Rebel has always held a strong appeal to women: these guys walk to their own beat, and don’t let anyone dictate their lives.  Yet, there’s a reason why this archetype is always heavily rooted in youth culture, as they have a traditional authority figure to defy (grown-ups).

But when you’re a grown-up and are in charge of your own life, the appeal of the Rebel suddenly becomes lost in the mist of youth, and you’re left wondering why you pined for the Rebel in the first place.

So while this bad boy may seem new and exciting in your youth, don’t make any serious or long-term plans for this guy – he’s not someone who will remain an attractive long-term candidate.

And if you don’t like being a “Bad Boy”, how about you be a “Great Man” instead?

Check out the “Great Men” sexual archetypes that women love in Part One of this series!