Can a Non-Asian PUA Take An ABCs of Attraction Bootcamp? 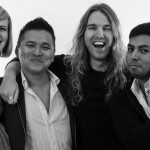 Gareth Jones here, 12 Weeks of Fury Coach for the ABCs of Attraction. I’m writing today to clear up a couple misunderstandings I run into, as well as a question I also see very frequently on our boards as well as get at the seminars I attend on behalf of the ABCs.

First of all, I didn’t realize there were so many people out there that don’t know that I’m white! Yes. That’s right, boys, I am a tall, skinny white guy with long hair (shocking, I know)!

Often times, on the phone, Asian guys will confide in me, telling me about the prejudice and stereotyping they suffer from when trying to meet women. They tell me that they know that I understand because I’m Asian, as well, and that I have gohttp://www.abcsofattraction.com/blog/freedom-from-fear-and-approach-anxiety/ne through the torment of being rejected purely for my skin color or height or hairstyle. I have to stop them to tell them the truth; that, while I’m not either short or Asian like them, I DO understand exactly what they are going through.

That was a HUGE turnoff to me and, briefly abandoning the ’leave them better than you find them’ motto that we always follow, I told her I was doing it because each one of them had more class and character in their little finger than she did in her entire body.

Unfortunately, we all face prejudice who aspire to become master pickup artists; The Asians, the Indians, the Hispanics and even the white guys! We have coached tons of different guys that have all had their particular stumbling blocks and had huge successes!

Here’s a video review from our student in Orlando that said, and I quote, “Do you guys want me to do a video review so that dudes will know this stuff works for black guys?” HAH! I remember rolling on the floor, laughing with Kevin and William when he said this, but we were glad for his review. Check it out:

This brings us to the already-answered question: Are the ABCs of Attraction’s programs only for Asians or is it race-less? I can very solidly tell you, as what APB calls a non-Asian, I know for a fact that the ABCs works for every race! I’ll tell you why:

Most every company out there offers routines and tactics that are, understandably so, tried and tested by their own staff! This is exactly the way a methodology should be developed and they are flawless in the theory of their approach, however, their results aren’t for everybody.

Because often times these instructors, the ones that have developed the material themselves, are fairly good-looking, macho men to start off with. Not to name any names, but I am sure it won’t take us too long to think up which top pickup companies are run by tall, masculine he-men. OF COURSE their routines work, its not hard to get a girl interested in you when you’re already ripped, well-dressed and have bottle service at the club you’re gaming at.

You must understand that I don’t mean any negative energy towards these guys. Most of them have always been really cool to me and they are REALLY good at what they do, but wouldn’t you rather be using the tactics of the underdog to sink the tallest blonde in the house?

This all comes down to the idea that the things that we teach you do the work FOR you, rather than you making the effort to make THEM work. Frankly, if the tactics and techniques we teach can get a 5’6” Vietnamese pulling 6’ blonde strippers, I bet they will work EVEN BETTER for you!

Not to constantly point out that APB is short and stocky (I know he won’t mind, because this is BUSINESS), but I know for a fact that the things he teaches translate across all racial boundaries.

For instance, take me as an example: when APB hired me, I had very, very solid game. My verbals were unmatched by anyone, which is why he brought me on the team. When he took me aside and taught me all the things he knew, it took my game from 1 hour to where I was consistently pulling in 20 minutes.

There is nothing more to say than it works for a short Asian guy and a tall white guy, alike.

Here’s a video review from one of my favorite students in Dallas that I keep in almost daily contact with to this day. He was having a lot of trouble just knowing what to say and the ABCs boot camp got him laid 4 times. (-Read his UNCENSORED review here-)

I haven’t even slept with 4 girls that I met on a 3 day boot camp and I teach this shit! Wait.. never mind.. Yes, I have. LA boot camps don’t really count, though 😉

The ABCs programs give you more than time-tested routines and gambits, it gives you what a lot of other companies don’t give you; a roadmap through the seduction. We show men where they stand with a woman and how to get to the next step, while giving thorough examples of what do say and do in each stage, making sure they have the material to progress. Because of this system, you can also incorporate all the other material that you’ve learned ANYWHERE ELSE and it will only make your game more successful!

Winding it up, I have taught guys into the triple digits now. I’ve taught 21 year olds and 53 year olds. I’ve taught Indians, Asians, Latinos, White guys, and my old friends from high school. I’ve been asked to be the best man at two weddings because I’ve been a part of getting the bride and groom together, and every person involved will swear up and down that the ABCs of Attraction will work for every man regardless of race.

Is it time to change your life so that you get what you deserve? Head over to the ABCs of Attraction Signup page and make a deposit for a boot camp today. I hope to be a part when you decide to take control of your life!

Good luck and I hope we meet soon,