So you realized that an ABCs of Attraction Bootcamp is the best and fastest way to progress to the next level in your dating & social life. 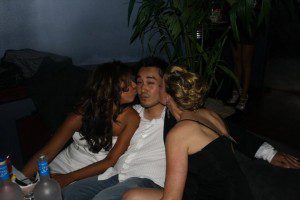 “But it’s just too damn expensive!”

This, my friends, is the NUMBER ONE WORST EXCUSE for not taking a bootcamp.

Let me ask you this question: If I offered to take you on a bootcamp for free, would you do it?

Of course you would! That’s why you’re here. You’re here because, like the rest of us (including me!), you know that you can ALWAYS do better with women, with your social group, and with yourself.

Well, fear no more! I’m here to take the PAIN out of the process, and make affording a PUA bootcamp as easy as ABC!

Read on to figure out how you can make an EXTRA REVENUE of similar equivalence to an ABCs bootcamp… in only THREE MONTHS!

The ABCs of Making Bank… FAST!

All in all, that adds up to $104. Assuming that you ONLY go through this routine 1 time per month (including not buying ANY other girls drinks, etc), this will cost you $1,248 per year…  More than HALF the cost of an ABCs bootcamp 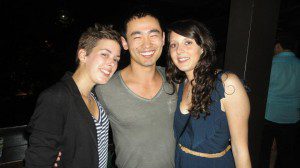 And this doesn’t even include the cost of suits, cologne, haircuts, etc.

Compare that to the $356 that you will spend per year after taking your ABCs of Attraction Bootcamp (yes, that is 1 condom per day in case you were curious), and the savings are more than obvious 😉

There you have it, ninjas! The ABCs of Making Bank FAST so that you can sign up for that ABCs of Attraction bootcamp that you’ve been dreaming of.

Self-improvement won’t wait for you; it’s there for those who are willing to put in the work necessary in order to make it happen. If, before reading this article, you felt like money was holding you back from attending a bootcamp, YOU’RE SINCERELY WELCOME 🙂

I have shown you the path, and now you must light your own way.

See you on the other side!

P.S. Here’s what one of our students thought about working with ABCs, just so you know what you’re getting yourself into: