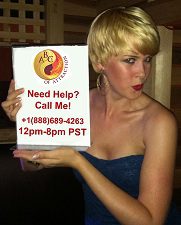 Hi guys! Sarah Ann here with part 2 of the Anti Slut Defense series. If you haven’t yet read the first article, check it out here before you read this one.

If you have read the first article, you’re probably asking yourself, “Okay, Sarah, you told me all about what’s going through a woman’s mine when Anti Slut Defense comes up, but how can I actually fix the problem?”

Today’s your lucky day, because I’m here to educate you about ASD and LMR.

By the time you arrive at the potential Last Minute Resistance, or LMR, stage (these are the roadblocks a woman will throw in your path when she’s experiencing ASD), you should have already made her feel comfortable. I don’t just mean emotionally comfortable, which in itself goes a long way to lowering Anti Slut Defense, but I mean physically comfortable. When you walk in the door, hang up her coat for her. Have her take off her shoes. The easiest excuse to get her to take off her shoes is to just say you’re Asian. If you’re not Asian, say your roommate is. You want her to feel at home, so like any good host you will have offered her a drink and let her know where the bathroom is. You also need to show her the extraction excuse that you should have already used to get her over to your place, i.e. that funny video you made, the view from your apartment, your amazing dog, etc. All of these things are important to make her feel at ease and comfortable in your home.

““But Sarah,” you may ask, “I thought you said there were ways to overcome LMR. Isn’t that like forcing her into it?”

Actually, it’s quite the opposite. The ABCs always say that we don’t teach “Date Rape 101,” and we don’t. We are very serious about the fact that we aren’t forcing her to do anything by overcoming her Last Minute Resistance, but instead, making her comfortable enough to allow her to make the choice that she was already interested in making in the first place.

She was, after all, interested enough to go home with you. Getting past LMR and helping a girl reduce her ASD does not mean forcing a girl to do something she doesn’t want to do. This isn’t mind control or something worse! Instead, learning to navigate LMR by understanding the strange kinds of pressure a girl is under is simply a practice in meeting her on her level, knowing what she is feeling at the moment of committing to a decision she has almost made, and relaxing a potentially anxious situation so you both can have a good time. A lot of girls just need to be reassured that you are still going to respect them even though they are sleeping with you on the first night out. 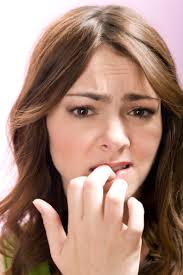 You are, of course, going to respect them because you’re sleeping with them on the first night too! The point is to not say something you don’t mean. It’s saying something that is true and sincere: “I’m so glad you brought that up because I was feeling the same way. It’s easy to get caught up in the moment. Of course I will still respect you in the morning if you promise to also treat me with respect.” If you feel resistance from her or she starts to pull away, you can jump in before she speaks. It’s simple enough to say, “I just wanted to stop you a second and make sure that whatever happens between us tonight, you won’t think any less of me in the morning.” It’s important to sound sincere and mean it. This also has the added benefit of making you come across as very intuitive, nearly psychic, as if you knew what she wanted before she even knew it herself—which you actually now do!

Another fun thing to do is to make plans for the next morning, “Hey, there’s this great breakfast spot down the street that we can hit up in the morning…that is, if you’re not sick of me by then.” Saying this with a big, genuine smile will make her LMR relax and let her know that you’re not going to sneak out in the middle of the night or worse, kick her out! For a real life example, I’ve had a guy be completely fun and sweet that night and then in the morning basically tell me to wake up and get out. On the other hand, I’ve had a guy kiss me awake and ask to take me to breakfast. Doesn’t the latter of the two sound more fun for both parties involved? Don’t you want to be the guy she remembers as fun, sweet, and secure?

Far too many guys fall under the assumption of, “Hell, we’re AT my apartment, she must know we’re planning on having sex! Why is she pushing me away!” and unfortunately that’s not how LMR works. Women aren’t stupid. They know what you’re looking for and they’re probably willing to give you that if they follow you back to your apartment; all they’re asking for in return is that you help them remain a classy lady.

Girls just need to feel a sense of security and self-preservation, and you cannot assume its there. You very well may be the first guy she’s ever gone home with from a bar or club. Imagine how nerve racking that must be. To be quite frank, going home with a guy is the last thing we, as girls, are programmed to do. In most cases, women are raised to be cautious of strange men, much less go home with them. We have to worry about our safety and well being to a much higher degree than men do, especially at this day in age. 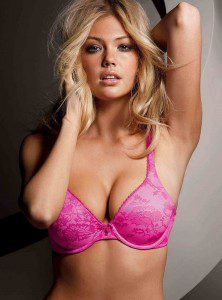 So if things are getting hot and heavy and she still pulls back from you, stop. Stop and think about how nervous she must feel, and let her know that you respect her as a woman. “I respect you, and I’m not going to make you do anything you don’t want to,” will take you a lot farther than taking Last Minute Resistance at face value and just assuming she’s not interested.

If you’re having trouble getting girls back to your apartment in the first place, check out one of our world-famous bootcamps and we’ll kick your ass into dating shape!

Dating Burnout And The Struggle Of Finding A Girlfriend