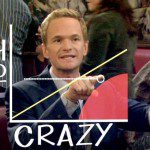 In one of my all-time favorite shows, “How I Met Your Mother,” there’s an absolutely hilarious character named Barney Stinson that is obviously based off a pick-up artist. I’m aware that it’s just a TV show, but many of his observations coincide with mine – namely, his hot-crazy graph; basically, the hotter the girl is, the more willing men are to put up with her crazy.

Unfortunately, I’m here to tell you guys that many, many beautiful and hot women come with a prescription for extra-strength CRAZY. 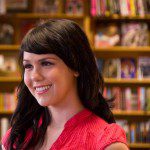 I’m just listing out these characteristics so that you know what to expect once you actually learn how to successfully attract, approach, seduce and date highly beautiful, attractive women.

Not all of them are hot crazy messes so it’s doubtful that the attractive model you’re dating (or hope to date), has all ten of these traits (and woe be unto you if she does), but here are a few habits that I’ve seen time and time again. REMEMBER: You can’t change a person if she doesn’t want to change and you shouldn’t try. So don’t be Captain Save’a’Ho. 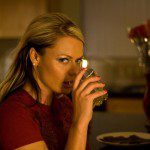 To be fair, these beautiful train wrecks are simply a product of their upbringing, but they are just that – gorgeous, yet crazy.

Keeping up with her is no easy task, but it can also be one of the most entertaining and hilarious experiences you’ve ever had.

If you have yet to date one of these kinds of women, I highly recommend getting your game together and trying it out, in the very least to be able to say you’ve dated Playboy model material.

And if you’ve never dated a true-blue model, isn’t it about time you learned how? Sign up for an ABCs of Attraction bootcamp now!