You came in with a strong approach. Your opener had her hooked right away… Perfect. She’s laughing, touching you, and responding to everything you say. Maybe this girl will be the one that you end up taking home tonight!

However, as a bit of time passes, she starts reacting less and less, until eventually all you can get out of her are subdued “mhm”’s as she glances away in disinterest.

She was so into you… What happened?

Where did you go wrong?

You would think that her going from intense attraction and interest to the investment of a penny-stock trader could only happen due to some major, glaring fuck-up on your end. However, this is not the case: Killing her attraction can be as simple as being too timid to maintain your dominance.

Read on, eager and quiet field mouse, as I lead you from the vast field of uncertainty to the delicious and pungent cheese of sex… And remind me never to use that particular metaphor again…

Lets face it gents: Dominance is sexy. Have you ever noticed that the core desire of men is to feel as masculine as possible, while the core desire of women is to feel as feminine as possible? There is something so elusively delicious about polarizing the sexes in this way. Treat both you and her to this rare delight by simply injecting more dominance into your interactions.

Here’s how to do it:

As you can see, these steps are concrete and, for the most part, easy to execute. Once you understand and apply these 6 tips, your results will go up dramatically. 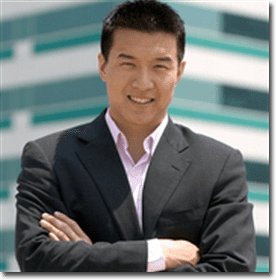 While dominance serves to create and strengthen attraction, timidness will kill it faster than you can say “who lies more, men or women?” ELIMINATE timidness from your repertoire entirely. The only reason it is every okay to be timid is if you are facing a gunman who will shoot you if he feels threatened by you. And most women do not fit this description. So cut it the fuck out.

There you have it, lads. You NEED to be dominance, especially if you have stereotypes of being submissive working against you (Asian gentlemen, I’m talking to you!) These 6 straightforward steps will set you on the right direction towards fully ingraining yourself as a dominant male.

Now go forth, flirt, and caveman some ho’s!